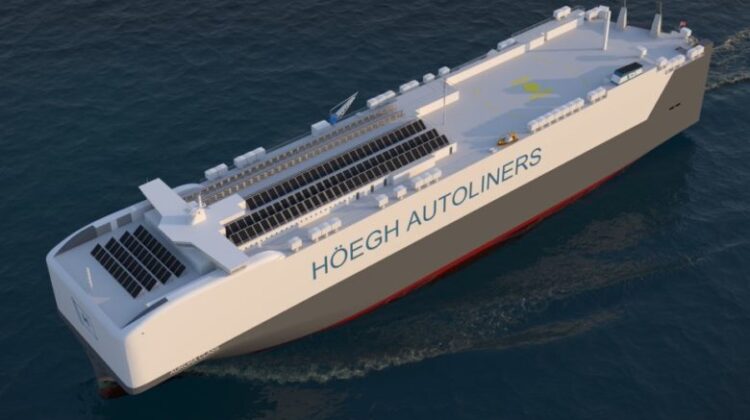 NORWAY : Norway’s Höegh Autoliners is stepping up its decarbonisation game with a new zero carbon ready vessel set to enter service by the end of 2023.

According to the company, the so-called Aurora Class of vessels, will be the largest and most environmentally friendly car carrier ever built, designed for 9,100 ceu.

The newbuild will come from Xiamen Shipbuilding Industry in China, equipped with a multi-fuel MAN B&W engine that can run on various biofuel and conventional fuels, including LNG. With minor modifications it can transition to use future zero carbon fuels, including green ammonia, the company said.

Höegh Autoliners has since 2008 achieved an improved carbon intensity of 37% in its fleet, which puts it in the forefront in sustainable shipping in the deep-sea RoRo segment.

“With the future of cargos and zero carbon fuels in mind, the Aurora vessels is designed for a greener future. It is the most environmentally friendly car carrier ever built. The Aurora Class represents a big step on our path to a zero emissions future,” said Höegh Autoliners CEO Andreas Enger.

Enger added the company is on a good path to meet its net zero emissions target by 2040. “Together with our customers and trusted partners we will make a significant contribution to a more sustainable maritime industry.”