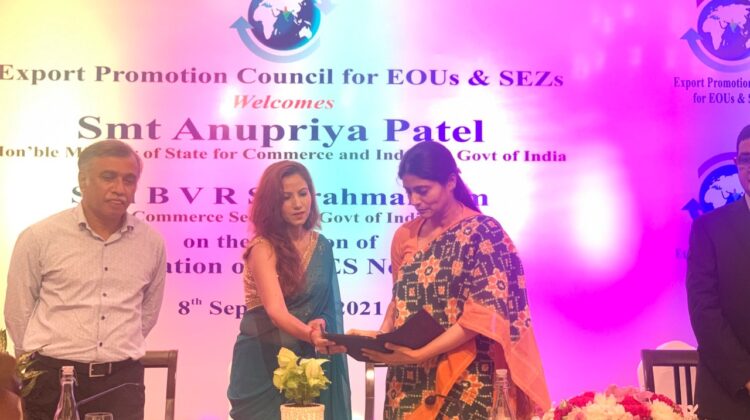 NEW DELHI : Union minister Anupriya Patel on Wednesday expressed hope that the demand of SEZ community for extending the benefits of tax refund scheme RoDTEP to them will soon be addressed.

Under the Remission of Duties and Taxes on Exported Products (RoDTEP) scheme, various central and state duties, taxes, levies imposed on input products, among others are refunded to exporters to boost exports.

At present, SEZs are allowed to sell their products in the domestic market, but after payment of customs duty.

Export Promotion Council for SEZ and EOUs (EPCES) Chairman Bhuvnesh Seth has urged the government to extend the benefits of RoDTEP to the sector.

“We are taking this up with the department of revenue and we are very hopeful that your concerns will soon be addressed,” Patel, Minister of State for Commerce and Industry, said at the launch of new office of EPCES.

She said that in the guidelines of RoDTEP, there is a provision for considering this issue by the RoDTEP committee.

She also said SEZs and EOUs will play an important role in achieving USD 400 billion exports target for the current fiscal year.

On pending payments of MEIS (merchandise exports from India scheme), Director General of Foreign Trade Amit Yadav said, ”My sense is that within a week, we would be notifying that”.

Seth said the sector accounts for about 25 per cent to the country”s total exports and “we will achieve the USD 400 billion exports target.”