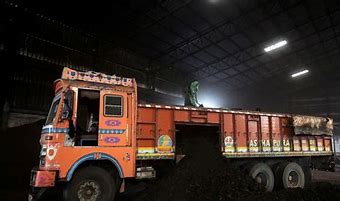 NEW DELHI : India has urged utilities to import coal despite having the world’s fourth-largest reserves, with several power plants on the verge of running out of fuel due to a surge in power demand.

“Thermal power plants, which may import coal for blending, may explore (ways) to enhance imports of coal to tide over the current crisis,” the federal power ministry said in an Aug. 30 notice seen by Reuters.

Data from the Central Electricity Authority showed over half of the 135 coal-fired power plants had less than a week’s supply of coal left, of which 50 plants had fewer than three days of coal left. Six plants had run out of coal.

India, the world’s second biggest coal importer, mainly imports from Indonesia, Australia and South Africa. The government has been seeking to cut imports.

RISE IN COAL USE

The share of coal-fired generation in the period rose to 72.9%, in line with 2019 levels but above the 69.2% in the same period of 2020. Overall power use tumbled in 2020 amid coronavirus lockdowns but has surged as restrictions have eased.

A power ministry official said the installation of new renewable power sources had been slower than expected, at a time when power demand had risen more 13%.

“High cost of imported coal and LNG as well as lower wind power generation led to the increase in the electricity prices,” IEX said in a statement.

Vasudev Pamnani, director of consultancy Lavi Coal, said he expected imports to return to pre-pandemic levels by the end of the year.

“Absence of new investment in coal mining and closure of many mines around the world have pushed prices up,” Pamnani said.

However, higher prices could weigh on Indian imports of coal. For instance, the price of better burning U.S.-origin coal in north Indian retail markets have risen about 80% from the same time last year, according to Delhi-based online coal marketplace Coalshastra.

Source : THE TIMES OF INDIA