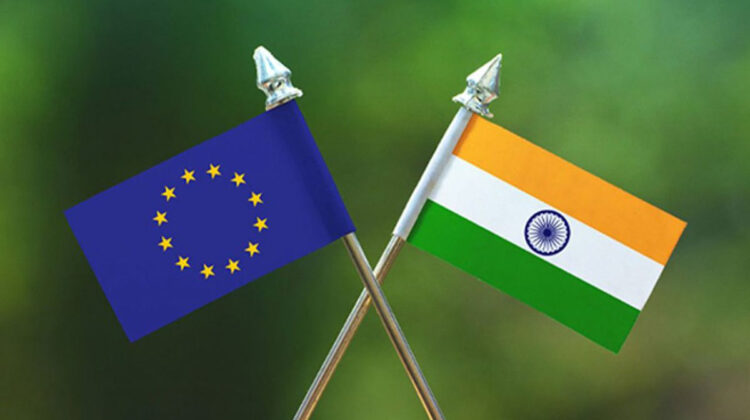 NEW DELHI : A Virtual meeting between Shri Narendra Singh Tomar, Union Minister for Agriculture & Farmers Welfare and Mr. Janusz Wojciechowski, Member of the European Commission, Agriculture was held on 7th July, 2021. The strong momentum of the India-EU relations especially since the last India-EU Summit in July, 2020 was acknowledged. Both dignitaries expressed their condolences for the loss of lives due to COVID-19 pandemic. Union Agriculture Minister thanked the EU & its Member States for coming forward in support of India in these critical times.

Both dignitaries  discussed  EU Common Agriculture Policy (CAP) and the recent India market reforms; EU Farm to Fork Strategy and UN Food System Summit and  bilateral cooperation; G20 Agriculture Minister process and fixation of the Maximum Residue Limit of Tricyclazole in Indian Basmati Rice by the EU. The Member of the European Commission, Agriculture explained in detail the recent reforms undertaken by the EU in the Common Agriculture Policy as well as the EU Farm to Fork Strategy to make agriculture green as well as sustainable. He also mentioned that the EU has set a target of bringing 25 per cent of area in the EU under Organic Farming by 2030.

The Union Minister of Agriculture and Farmers Welfare explained the scenario of agriculture in India and the dominance of small farmers and the commitment of the Government of India towards welfare of farmers in India. The Agriculture Minister  highlighted the recent initiatives taken by the Government of India to increase the incomes of the farmers, the launch of Agriculture Infrastructure Fund with a corpus of Rs One Lakh Crore for development of farm gate and agriculture marketing infrastructure in rural areas, scheme of formation of 10000 FPOs to help small and marginal farmers in marketing of agricultural produce. He enlisted the steps being taken by the Government of India to make agriculture sustainable and environment friendly which included encouragement of application nano-urea and Organic Farming under the Pramparagat Krishi Vikas Yojana. He also highlighted the initiative of encouraging organic farming on either sides of Ganga river up to 5 Km through formation of clusters wherein 11 lakh farmers have already enrolled.

The Agriculture Minister acknowledged India’s support to the UN Food Systems Summit and informed the EU delegation that he will be leading the India delegation to the Pre-Summit being organized from 26th to 28th July, 2021 virtually.

Shri Tomar also raised the issue of fixing the Maximum Residual Limit (MRL) of Tricyclazole used in rice crop which has been a concern for India and is affecting India’s Basmati Rice Exports to the EU. All the required studies and documents have been submitted to EU in May-2021 and MRL will be fixed by second quarter of 2022 before next season.

Shri Tomar suggested that until then the issue may be resolved through other mitigation measures. Member of the European Commission, said that such  issues are not under his mandate, however, he assured of the Indian side to raise the issues with his concerned colleagues in European commission.