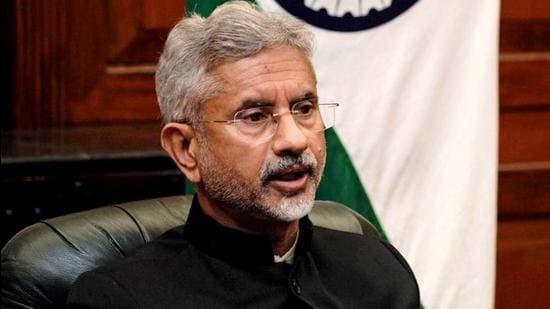 NEW DELHI : India recently called for the speeding up of regional connectivity projects with members of the Association of Southeast Asian Nations (Asean), including the trilateral highway with Myanmar and Thailand and the Kaladan transit transport project.

While speaking at the virtual Asean-India foreign ministers meeting, external affairs minister S Jaishankar said New Delhi was also looking to an early review of the trade in goods agreement. In a set of tweets, Jaishankar described the meeting as “substantive and fruitful”.

India, he tweeted, was looking forward to “accelerate our connectivity projects, especially trilateral highway and Kaladan project”. He didn’t give details.

The Indian side has helped construct two key stretches of the 1,360-km trilateral highway in Myanmar, but work on several other sections and the upgrade of nearly 70 bridges has been held up by a variety of factors. India believes the highway, which will run from Moreh in Manipur to Mae Sot in Thailand, will allow it to access markets across the Asean region and boost people-to-people ties.

Work on the $484-million Kaladan project, which will connect Kolkata port with Sittwe port in Myanmar’s Rakhine state, has been affected by the activities of militant groups such as the Arakan Army and land acquisition issues on the Indian side.

New Delhi has been pushing for a review of the India-Asean trade in goods agreement, which entered into force in January 2010. Under the pact, the Asean states and India agreed to open their markets by progressively reducing and eliminating duties on 76.4% coverage of goods.

The Indian side believes an early review of the agreement will help achieve the true trade potential between the two sides. The review is expected to include issues such as customs procedures, exchange of data and further liberalisation of trade.

“Much of India’s interests and relationships now lie to its East, a testimony of its ties with Asean,” Jaishankar said in a tweet. India also seeks convergence between its Indo-Pacific Oceans Initiative and the Asean outlook on the Indo-Pacific, he said.

At the same time, India will support the initiative for Asean integration through capacity-building initiatives and also contribute through Mekong-Ganga cooperation and quick impact projects, he added.

Jaishankar noted that the two sides had been strong partners in the Covid-19 response, including on medicines, oxygen, equipment and logistics. While backing the Asean position on resolving maritime issues, Jaishankar said India believes the United Nations Convention on the Law of the Sea (UNCLOS) sets out the “accepted legal framework for all maritime activities”.

The minister subsequently addressed the virtual East Asia Summit foreign ministers’ meeting that was joined by the representatives of Australia, China, Japan, New Zealand, Russia, Singapore, the US and the 10 Asean members.

Jaishankar highlighted the growing convergence of approaches on the Indo-Pacific among the members, and stressed that the “Code of Conduct on South China Sea should be fully consistent with UNCLOS 1982”. The code, he said, “should not prejudice legitimate rights and interests of nations not party to discussions”.

Asean and China plan to draft the Code of Conduct to serve as a framework with rules and standards to cope with long-standing disputes in the South China Sea.

Jaishankar also supported Asean’s five-point consensus for the situation in Myanmar and welcomed the appointment of a special envoy by the grouping to deal with the issue.

The five-point consensus, adopted at an Asean leaders’ meeting in April following the military coup in Myanmar, called for an immediate cessation of violence and utmost restraint from all parties, constructive dialogue to find a peaceful solution, the appointment of a special envoy to facilitate mediation, provision of humanitarian aid, and visit to Myanmar by the special envoy.

Asean announced Brunei’s second minister for foreign affairs, Erywan Yusof, had been appointed as the special envoy. The appointment was delayed by divisions within the grouping.