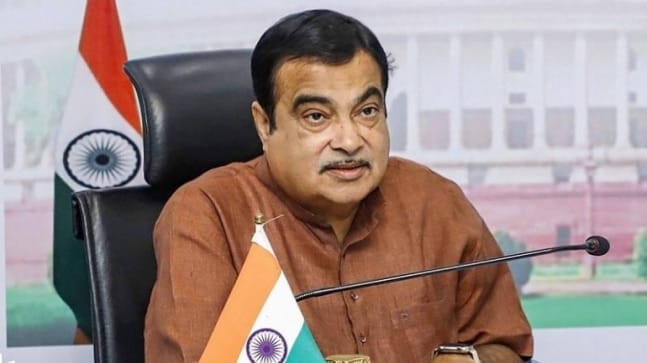 NEW DELHI : Union Minister Shri Nitin Gadkari stressed that our country needs to enhance the production of biofuel by using the stubble of certain crops to reduce the dependence on the import of crude oil and fuel gases and said he had converted his tractor into a CNG vehicle.

I have converted my (diesel-run) tractor into a CNG-powered vehicle. We should encourage the production of bio CNG and bio LNG using the stubble of crops like soybean, wheat, paddy, cotton etc. to reduce the dependence on imports of crude oil and fuel gases. This will generate additional income for farmers, the Road Transport and Highways Minister said.

Gadkari’s suggestion came at a time when the retail prices of petrol and diesel have skyrocketed in the country following the rise in the rates of crude oil in the international market.

The Union minister said India is currently importing 65 per cent of the total edible oil it needs at the cost of Rs 1.40 lakh crore every year.

“Due to import, the prices of edible oils are high in the country’s retail market while on the other hand domestic oil seed-growing farmers are not getting good prices for their produce, he said.

Gadkari stressed the need to develop GM (Genetically Modified) seeds for soybean on the lines of mustard to remove its shortcomings to ensure that the country becomes self-reliant in the production of edible oil.

“I have also discussed this (issue of GM seeds for soybean) with Prime Minister. I know that many people in the country are opposed to GM seeds. But we could not stop the import of soybean oil, extracted from GM soybeans, from other countries, he said.

Gadkari said the people should be made aware of the development of GM soybean seeds in India.

He also underlined the need to conduct detailed research on making food products from Soya oil cake (residue after the extraction of oil from soybean seeds) to address malnutrition, especially in tribal areas.

Thousands of tribals in our country are dying of malnutrition due to the lack of protein (in their diet). Soya cake is rich in protein, he said.

The BJP MP from Maharashtra also appealed to agricultural scientists in the country to try to initiate a joint seed development programme with top global producers of the soybean crop, including the USA, Brazil and Argentina, to increase the per-acre production capacity of this oilseed.