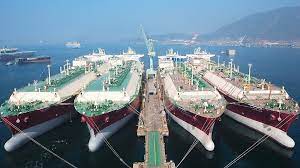 The shipment was supplied by Russian gas company Gazprom under its long-term (20 year) LNG contract with GAIL (India) Ltd, it was been learnt.

Earlier in 2018, India received its cheapest LNG under a long-term deal as Russia began shipping natural gas. Gazprom then supplied the 3.4 trillion British thermal unit (TBtu) of cargo from Nigeria. India will import LNG worth an estimated $25 billion over the contract period from Russia and price is cheaper than India’s some of other foreign sources.

Russia has emerged as a long-term source for India’s hydrocarbon imports and energy ties are key pillar of the strategic partnership. The two sides are working on a multi-pronged approach that involves energy sourcing and supplies, upstream investments in Russia and India, and joint collaboration for petrochemical business, official sources pointed out.

Eyeing to maintain stability in oil & gas supplies India has expanded the energy bridge with Russia with oil majors signing fresh deals with their Russian counterparts during the visit of Oil & Natural Gas Minister Hardeep Singh Puri to Vladivostok for the 2021 edition of the Eastern Economic Forum in September.

IOC is in talks with Russian PJSC SIBUR Holding to set up a large petrochemical facility in India, official sources indicated. This was Puri’s maiden visit abroad since being appointed Oil & Gas Minister.

Last year IOC had signed a deal with Rosneft for the annual purchase of 2 million tonne of crude oil. This was the first-ever annual oil purchase deal between the two countries. India is looking for opportunities for involvement of Indian companies in infrastructure development projects in the Siberian and Arctic regions. India is also looking to invest in Rosneft’s Vostok project. The Vostok Oil is one of the most prospective oil production projects in the world. It includes 52 license areas with a resource base of more than 6 billion tons of oil. Oil and gas reserves in the Russian Arctic may be sufficient for the country if necessary for decades and even centuries, according to Russian Deputy Prime Minister Alexander Novak.