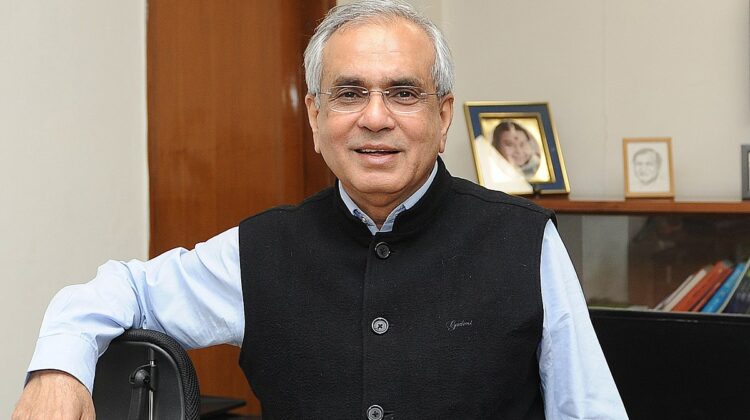 NEW DELHI : Niti Aayog Vice Chairman Rajiv Kumar said that, Indian economy is expected to grow by more than 10% in the current fiscal year and more than 8% in the next fiscal year, on Tuesday.

Kumar further said about the book launch event that the seven years of the Modi administration laid a strong economic foundation for businesses to thrive in India.

“The Covid-19 pandemic has had problems (economic growth) for two years. The IMF forecasts 9.5% growth in 2021.

“According to the IMF, India will be the fastest growing major economy in the next five years. These are underestimates,” Kumar said.

The Reserve Bank of India (RBI) has lowered its growth forecast for the current fiscal year from the previous 10.5% to 9.5%, while the IMF forecasts growth of 9.5% in 2021 and 8.5% the following year.

“Things are changing and people are ready to invest in India,” he said.

Potential growth is the growth that the economy can sustain in the medium term without causing excessive inflation.

The country’s economy was record in the April-June quarter, helped by a sharp recovery in manufacturing and services, despite a very weak foundation and a devastating second Covid wave last year. It has grown by 20.1 percent.

However, Kumar admitted that work may not be coming at the speed “we want”.

He said that during the seven years of the Modi administration, 485 government schemes were brought under direct profit transfer (DBT). “Rs 572,000 has been transferred through DBT,” Kumar said.

According to Kumar, India’s reform gestation period was seven years. “The (gestation) period was reduced during the Modi administration,” he said.