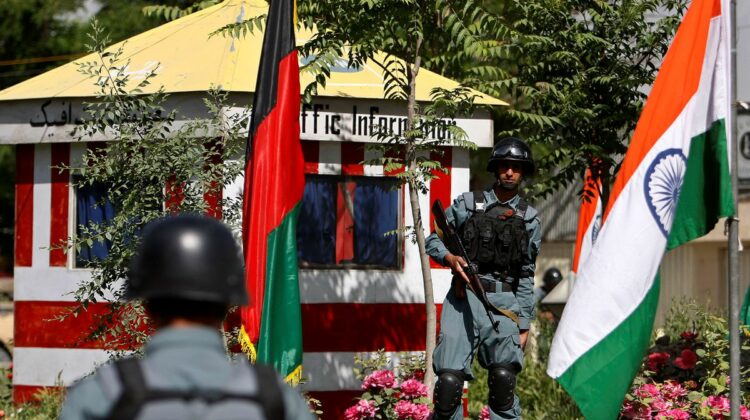 MUMBAI : India’s trade with Afghanistan has dried up as borders and banks have closed since the Taliban took over the country, but industry officials said that the disruption was temporary and that it would be business as usual soon.

New Delhi is one of the leading suppliers of essential commodities to Afghanistan, which exports mainly dry fruits to India.

Shipments between the two countries were delayed or disrupted after Taliban insurgents started making military advances earlier this month, leading to the fall of the capital Kabul , industry officials said.

“There is a temporary glitch in trade as Afghanistan is witnessing a transition of power. But within a few days trade will restart,” said Rahil Shaikh, managing director of Mumbai-based MEIR Commodities, which exports sugar to Afghanistan.

India’s exports to Afghanistan came to $826 million in the financial year that ended on March 31, consisting mainly of sugar, cereals, tea, spices, pharmaceutical and textile products.

In the same year, New Delhi’s imports from Kabul came to $509 million, consisting mainly of figs, raisins and apples.

Afghanistan has been the second-biggest buyer of Indian sugar in the 2020/21 marketing year ending on Sept. 30, purchasing a record 624,000 tonnes, according to the All India Sugar Trade Association.

Indian shipments for Afghanistan usually land at Pakistan’s Karachi port and from there are moved to Afghanistan through road.

Demand for sugar and other essential commodities is robust from Afghanistan and imports could rise once banks start operations, said Tayyab Balagamwala, director at Karachi-based Seatrade Group.

“Taliban has slashed import taxes on many commodities. This will lead to more imports,” Balagamwala said.

India was importing and exporting commodities from Afghanistan even during the previous Taliban rule during 1996 to 2001, said a Mumbai-based exporter, who declined to be named.

The United States or European Union might impose sanctions on Taliban but even those sanctions would exclude trade of essential commodities, he said.

The Federation of Indian Export Organisation told Reuters partner ANI on Thursday that the Taliban have stopped all imports and exports from India through transit routes of Pakistan.

Taliban spokesperson Zabihullah Mujahid denied this in a Tweet saying “The Islamic Emirate wants better diplomatic and trade relations with all countries.”