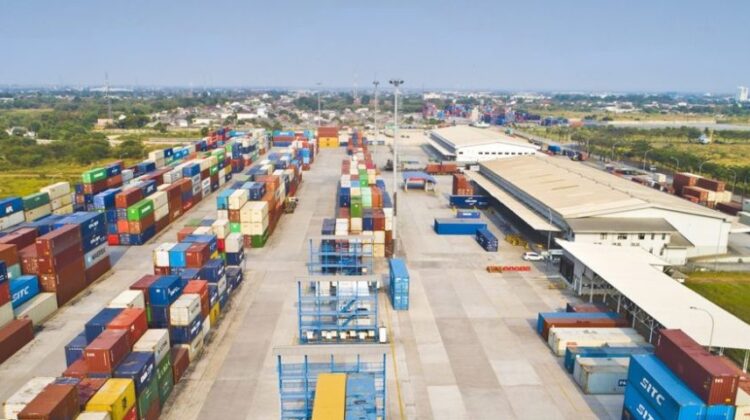 JAMMU: In a major development, Revenue Department has transferred over 221 kanals of State land to the Industries and Commerce Department for establishment of Dry Port in Kathua district, which once created will go a long way in giving fillip to the socio-economic development besides generating substantial employment.

The announcement regarding construction of Dry Port in Jammu and Kashmir was made in General Budget for 2018-19 in order to attract Foreign Direct Investment and to boost local economy.

The decision was based on the long pending demand from the local industrialists, who are of the stand that such a facility would go a long way in helping the industry in reducing transportation and other costs.

In the month of February 2018, it was announced by the Government that Dry Port will come up in Samba district and the Government and Dubai Ports Group even inked a pact for a joint venture involving maiden Rs 1500 crore Foreign Direct Investment for setting up of inland logistic hubs in Jammu and Srinagar capital cities.

However, no headway could be made further because of certain issues and thereafter the Government decided to go ahead with the setting up of Dry Port through State Industrial Development Corporation (SIDCO) and on the directions of the Advisor concerned land was identified at village Forelain in Ghatti area of Kathua district.

On April 7, 2021, the Lieutenant Governor Manoj Sinha while participating in Block Diwas at Hiranagar issued directions for early transfer of required land to the Industries and Commerce Department which has administrative control over SIDCO so that Dry Port could be established as early as possible.

“Dry Port will give fillip to socio-economic development besides generating substantial employment opportunities for the locals”, the Lieutenant Governor had stated.

Finally, Revenue Department has accorded sanction to the transfer of State land measuring 221 kanals and 11 marlas situated at village Forelain in Kathua in the favour of Industries and Commerce Department for establishment of Dry Port. “The land shall be used only for the purpose for which sanction has been accorded after obtaining all other permissions as may be required for its establishment from the competent authority”, reads the order.

Official sources said that Container Corporation of India Limited—a Navratna company of the Government of India has already conveyed its willingness to the Government of Union Territory of Jammu and Kashmir for establishment of Dry Port. However, final decision is yet to be taken by the Government.

“The SIDCO will only provide land on lease to Container Corporation of India Limited or any other company and entire infrastructure will be raised by the company itself”, they informed, adding “it will be the responsibility of the selected company to take permissions from all the relevant quarters particularly Railways for construction of small rail link from the main track up to the Dry Port”.

They informed that Dry Port will go a long way in promotion of industries in the Union Territory of Jammu and Kashmir by facilitating export and import in a hassle-free manner. “Moreover, cost of transportation of everything being imported or exported will reduce considerably”, sources said, adding “the Dry Port will also create several employment avenues for the local unemployed youth”.

According to the sources, another Dry Port is coming up in Samba district and the same is being developed by ACTL India, which has expertise in the field. “Lease has been granted to the company and work is going on although restrictions imposed in view of COVID-19 pandemic have slowed down the progress”, an officer of SIDCO said, adding “ACTL India has already obtained permission from the Railways for small track up to Dry Port site”.

“Once these two Dry Ports are established and made functional the Government will approach the Customs Department for deployment of officers at Jammu and Srinagar to facilitate in completion of formalities for export and import”, the officer further said.