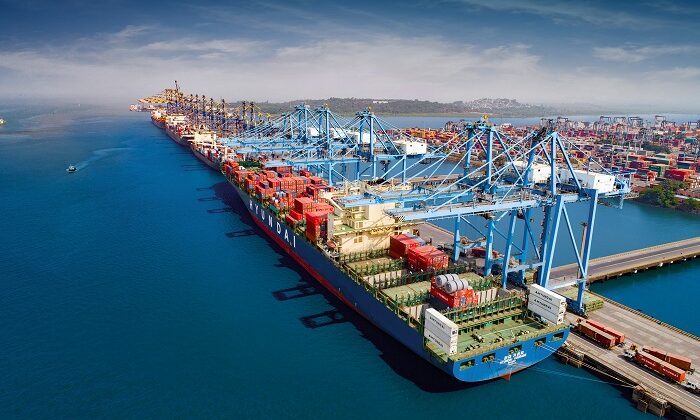 MUMBAI : Jawaharlal Nehru Port Trust (JNPT), India’s premier container port continued its steady surge in cargo handling despite the various challenges faced during the past few months. During the past months, the port has implemented a host of measures to make the business, efficient, economical, and opportune for the EXIM community.

Also during the month gone by, marshaling efforts in the fight against COVID-19, JNPT successfully executed the handling of 327.632 MT of liquid medical oxygen and medical accessories in May. The port has been ensuring the movement of vessels carrying oxygen remains unhindered and is giving utmost priority to such consignments. A total of 278.272 MT liquid oxygen and 49.36 MT Medical accessories have been handled at the port for distribution to hospitals for COVID treatment.

Commenting on the performance, Shri Sanjay Sethi, IAS, Chairman, JNPT said, “We maintained our good performance in May 2021 and JNPT will continue to contribute towards the endeavor to battle the second wave of the Coronavirus pandemic affecting the country. JNPT will continue to extend utmost priority in the handling of oxygen containers and other medical accessories helping the country to overcome this crisis”.

On May 10th, the port handled four containers carrying 80 metric tonnes of medical oxygen in the cryogenic state in the vessel MV GSF GISELLE of AXS service sent by the United Arab Emirates. On May 15th, the port handled 150.23 MT medical O2 consignment in ‘MV Nagoya Tower’ brought from Kuwait via Jebel Ali, UAE.

Despite the powerful tropical cyclone Tauktae in the Arabian Sea, on May 18th the port handled 28.72 MTs of O2 consignment loaded from UAE & ensured quick clearance of cargo. The port, on May 21st, handled the vessel ‘MV Lebu’ loaded with 19.32 MT medical O2 from UAE. On May 28th, JNPT handled 3 containers brought in by
Emirates shipping Agencies India Pvt. Ltd. from Ningbo, China with medical accessories which consisted of 2448 empty oxygen cylinders with a total weight of 49.36MT.

About JNPT:
The Jawaharlal Nehru Port Trust (JNPT) at Navi Mumbai is the biggest container handling Port in India.
Commissioned on 26th May 1989, in less than three decades of its operations, JNPT has transformed from
a bulk-cargo terminal to become the premier container port in the country.