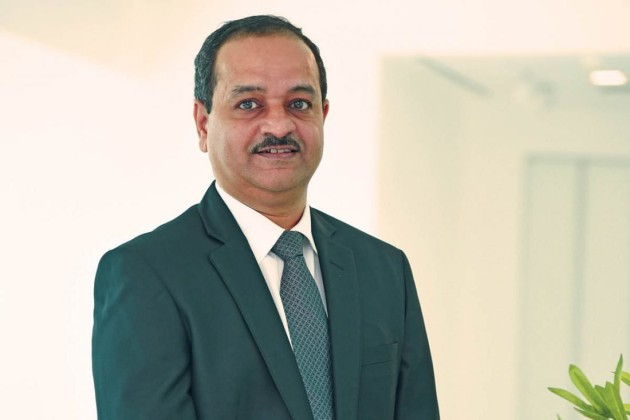 MUMBAI : JSW Infrastructure Ltd, the port unit of Sajjan Jindal-led JSW Group, has started the process of hiring investment bankers for an initial public offering of shares as it looks to raise capacity to 200 million tonnes (mt) with an investment of ₹10,000 crore in five years, Arun Maheshwari, Joint MD and CEO, said.

“Some preparation is going on (for the IPO),” Maheshwari said in a telephone interview on Tuesday, adding that the share sale is targeted for 2024. “We can advance this also. We are in the process of hiring investment bankers,” he said.

The expansion plans will be funded through a mix of internal accruals and debt. JSW Infrastructure is also open to the option of raising funds from private equity firms.

“We are deliberating those things. We are waiting for a couple of projects to take shape, then we can explore the option of raising money through private equity or other means,” Maheshwari said.

JSW Infrastructure plans to ramp up capacity to handle 200 mt of cargo by 2024 from the existing 120 mt and aims to become India’s second-biggest private port operator after Adani Ports and Special Economic Zone Ltd (APSEZ).

Maheshwari said JSW Infrastructure has grown its third-party (non-group) cargo from about 9 per cent two years ago to about 25 per cent in FY21.

“This year, we are likely to go north of 30 per cent. In another 2-3 years, the third-party cargo should be 40 per cent of our total volumes,” he said.

In FY21, JSW Infrastructure handled 45 mt of cargo (35 mt in FY20) across its facilities in Maharashtra, Goa, Karnataka, Tamil Nadu and Odisha, clocking revenue of about ₹1,700 crore with a year-on-year growth of 47 per cent.

In the first four months of FY22, the cargo volumes “look promising” with a year-on-year growth of 60 per cent after it added three terminals acquired last year from the Chettinad Group to its fold.

By December, it will open a container terminal at New Mangalore Port Trust.

Further capacity expansion will be achieved through organic as well as through the acquisition of assets.

In line with this strategy, JSW Infrastructure is weighing a bid for building a new private port at Nargol in Gujarat and has also applied on a tender issued by Paradip Port Trust for a bulk cargo handling facility at the port’s Western Dock.

“We are not averse to any kind of opportunities that come up because hardly any greenfield port has come up in the country in the last 10years given the challenges. That’s why the consolidation is happening because all of us have an urge to grow and there is no other opportunity. If you have to build a new port, it takes lot of time and effort. It’s better to put a value on the table and just utilise those (existing) facilities and bring it under your fold; it is much better,” he said.

“Just imagine, India has the vision to grow to a $5- trillion economy, has a long coastline, has a good appetite for import and export, but new ports have not come up in the last ten years, which is a bit of an irony,” he said.

“In another 5-7 years, if you are not increasing the capacity or building new ports, everything will get choked and there will be huge demurrage bills for the exporter or importer,” he added.