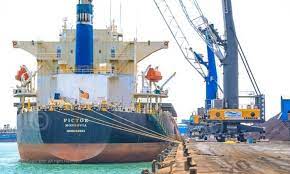 MUMBAI : Edelweiss Asset Reconstruction Co has opted for the Swiss Challenge method to sell the entire debt of ₹2,059.24 crore of Karaikal Port, along with the 11 per cent equity it holds. in the port operating company.

The move follows an offer by Adani Ports and Special Economic Zone for the port. Edelweiss ARC has set a reserve price of ₹1,500 crore for assigning the debt, indicating that the offer by APSEZ is either equivalent to or just below the reserve price.

The debt is being sold on 100 per cent cash basis.

“Edelweiss ARC has to follow a transparent process because the debt originally belongs to public sector banks,” said a banker briefed on the plan. “It is open to anyone, anyone can buy now,” he said.

Under the Sarfaesi Act, 2002 and the RBI guidelines, only banks, financial institutions and asset reconstruction companies can participate in the auction for take-over of debt of a non-performing asset. “But corporates can come in by striking a deal with banks, financial institutions and asset reconstruction companies,” he said. When the debt is assigned, everything goes along with it, including all the right, title and interest in the underlying securities and guarantees on the loan.

“After the sale of debt, the next step would be taking control of the board of Karaikal Port Pvt Ltd by writing off existing equity through NCLT,” said Ramesh Singhal, Director at i-maritime Consultancy Pvt Ltd.

Karaikal Port Pvt Ltd, the entity that runs the private port in Puducherry, was promoted by Marg Ltd. The port started operations in June 2009. The port company had availed rupee term loans from a clutch of state-run lenders.

In the wake of the economic slowdown and the consequent under-utilisation of Karaikal Port’s capacity, the port operator faced financial stress, defaulted on debt repayments and was labelled as an NPA. The debt was restructured in 2012-13 whereby nine of the initial lenders including Indian Overseas Bank, Indian Bank, Punjab National Bank, Oriental Bank of Commerce, United Bank of India, Central Bank of India, Syndicate Bank, Allahabad Bank and India Infrastructure Finance Company Ltd assigned the debt to Edelweiss ARC.

Edelweiss ARC is facing a deadline as the restructuring of the debt has to be completed within eight years which ends in July 2023.