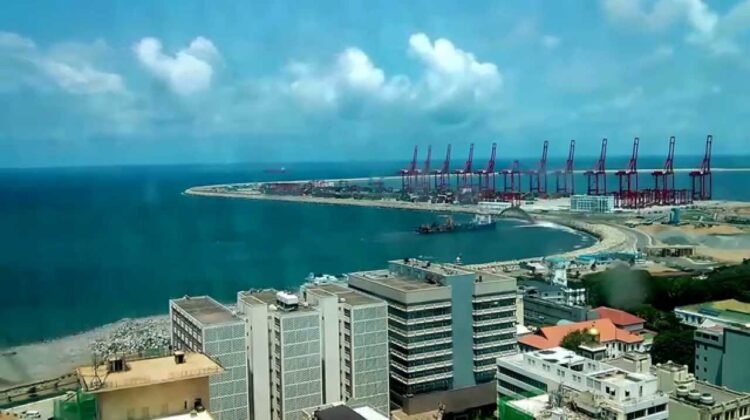 Sri Lankan port trade unions on Thursday said they were not convinced with the proposal of Indian multinational company Adani Group and its partners buying 49 per cent stake in the Eastern Container Terminal (ETC) of Colombo Port, a day after President Gotabaya Rajapaksa met them to explain the need for foreign funding.

“The ETC is in its last gasp, we have lost everything, our aim is to retain the ETC”s operation 100 per cent under the Sri Lanka Ports Authority (SLPA),” Niroshan Gorakanage, a trade union leader told reporters, adding that the talks with the president had failed.

Rajapaksa said the previous government had agreed to sell the ECT to Indian stakeholders and take a loan from Japan to procure equipment required to operate the terminal.

The president said his administration had re-negotiated the agreement, according to which Sri Lanka would hold 51 per cent of ownership of the ECT and the SLPA would manage the terminal”s operations.

Speaking to reporters, union leader Shamal Sumanaratne said the president had explained to them the geo-political reasons behind the investment from Adani Group.

“He (Gotabaya) said that there was a danger that the Colombo Port would be losing the 66 per cent of transhipment business coming from India, which the port currently handles. We told the president, if that was the case, we would still lose the 66 per cent business even after the new deal was inked,” Sumanaratne said.

During the meeting on Wednesday, the president said Adani Group and other investors would own 49 per cent of the ECT, thereby remaining minority partners to the SLPA.

Rajapaksa had reiterated that the investments would not compromise the country”s independence or sovereignty.

Sumanaratne said, “We told the president that public opinion was strongly against the deal. We asked him to give us a chance to talk to the Cabinet committee.” The Cabinet committee is representing Sri Lanka in the negotiations with the foreign investors.

Rajapaksa”s office has said the new deal would bring economic benefits to the people in the form of additional employment and increased traffic at the port.

However, trade unions across all political parties have united to reject the foreign investment in the ECT.