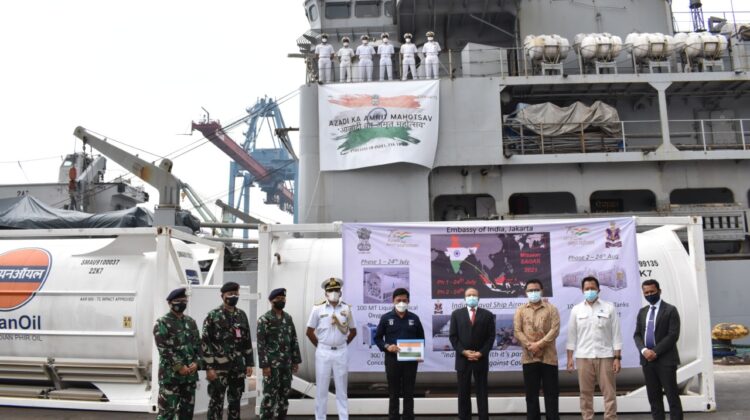 On completion of disembarkation of the medical supplies and, as part of the ongoing Mission SAGAR, INS Airavat will continue onwards to deliver medical supplies to other friendly nations in the region.

INS Airavat, with a primary role to carry out amphibious operations is also configured to perform HADR missions and has been a part of various relief efforts across the Indian Ocean in the past. Earlier the same ship had trans-shipped medical aid and had handed over 05 Liquid Medical Oxygen (LMO) containers (100 MT) and 300 Oxygen Concentrators to Indonesia on 24 July 2021.

India and Indonesia enjoy a strong cultural bond and partnership, and have been working together in the maritime domain towards a safer Indo-Pacific. The two navies also regularly carry out joint naval exercises in the form of bilateral exercises and coordinated patrols.