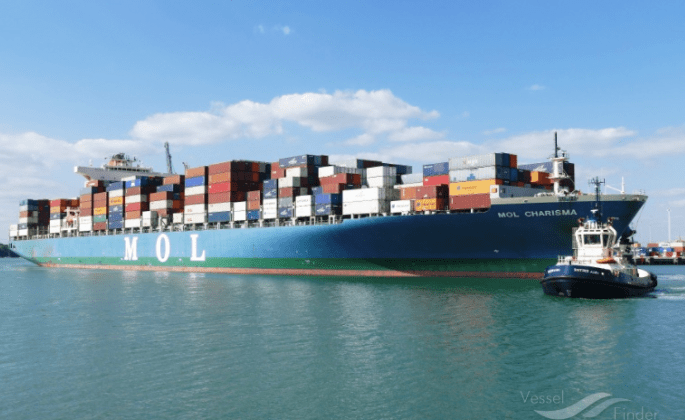 The 8,110TEU container ship, MOL Charisma ran aground sailing from the Cai Mep Port in Vung Tau, Vietnam to the Port of Singapore according to the vessel operator, Ocean Network Express (ONE).

It has been confirmed by the vessel owner that there are neither human injuries nor oil spills and the vessel has successfully refloated on its own by the morning of 6 July, according to a statement.

The 2007-built boxhsip is deployed on the East Coast 5 (EC5) service of THE Alliance, consisted of Hapag-Lloyd, ONE, Yang Ming and HMM.

“We are currently waiting for the vessel owner’s assessment of the vessel condition and will advise further regarding its schedule and cargo arrangements once more information is available,” noted ONE on 6 July.

MOL Charisma has been involved in another more serious incident before several months, when it suffered a cargo fire off Sri Lanka on 1 September.