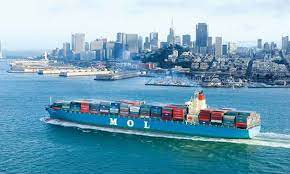 TOKYO : Mitsui O.S.K Lines Ltd (MOL), the Japanese transport giant and one of the world’s largest shipping companies, has opened a wholly-owned subsidiary in India and started operations with two ships registered under the Indian flag.

Shipping industry sources see this as an early indication of foreign shipping companies setting up shop in India on the back of government’s recent policy measures, particularly a subsidy scheme for Indian ship owners in the carriage of crude oil, LPG, coal and fertiliser cargo for state-run firms.

All eyes on expansion

Sakura Energy was formed with an aim to serve the growing energy needs of India, the company said on its website, adding that that it is in the process of expansion.

“MOL must be testing the Indian market to understand whether it is feasible to operate Indian registered ships or not,” said an executive with a ship broking firm.

On July 14, the Union Cabinet approved a subsidy scheme for Indian fleet owners. Local ship owners will get a 10-15 per cent extra on charter rates, depending on age slabs, on ships registered in India after February 1 this year.

For ships registered prior February 1, the subsidy quantum ranges from 5-10 per cent, depending on the ship’s age. The subsidy quantum will be reduced by 1 per cent every year during the five-year tenure of the scheme.

Along with the so-called right of first refusal (RoFR) available to local fleet owners in global tenders issued by state-run firms, foreign ship owners will have to form companies and register their ships in India (100 per cent FDI is allowed in shipping since 1997) if they are keen on securing PSU cargo contracts. The government has budgeted a subsidy corpus of ₹1,624 crore to be disbursed over five years.

In August, BW LPG Ltd, the world’s top owner and operator of very large gas carriers, said it has increased stake in the three-year old Indian equal joint venture with Global United Shipping India Pvt Ltd to 88 per cent from 50 per cent.

The company plans to register more LPG ships under the Indian flag over the next 12 months, according to shipping industry sources briefed on the matter.

“India is a huge oil and gas importer. Foreign fleet owners are beginning to register subsidiary companies in India and bringing ships under the Indian flag to gain assured business in carrying Indian cargo,” said a shipping industry official. “That’s also what the government wants to boost Indian tonnage,” he added.