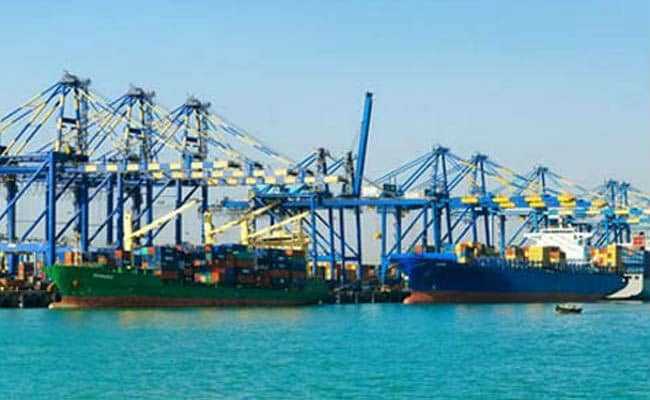 Sima Marine had announced that it had discontinued its container vessel service from MPT from August 3 due to the lack of adequate volume and other infrastructural barriers.

n a statement issued Friday, the MPT said that a major container agent had asked its customers to stop taking container bookings from MPT and the port authorities learnt that the only container feeder vessel operator from MPT Goa was going to discontinue the container vessel’s call at MPT.

“However, it is important to understand that neither the feeder operator, nor any container agent formally informed the port about these decisions, which have a very negative impact on the entire value chain of containerized trade in Goa,” the MPT said in a statement.

The ‘rumours’ had led to concerns over the livelihood of 450-500 locals engaged in various services allied with container shipping including trailer operators, shipping line services and logistics companies.

According to port officials, this would have created barriers in the industrial and manufacturing activities of Goa, due to an increase in costs for export of finished products and import of raw materials. The impression given to the industry would also, in turn, hurt revenues of the port and those of the state government.

On Thursday, MPT chairman Rajiv Jalota held meetings over video conference with industry stakeholders and with the feeder operators and container agents.

According to MPT officials, the feedback gathered primarily indicated that industry in Goa was constrained to use ports in other states rather than the MPT, for their EXIM (Export-Import) containers due to availability of direct connectivity and also on account of other factors like cost, or faster shipping from other ports like the Jawaharlal Nehru Port Trust (JNPT) in Navi Mumbai. According to officials, although it was expensive to send containers by road to JNPT, industry stakeholders said the shipments reached their destination faster from the port in Maharashtra than those from Goa that had transshipments in Colombo.

“This issue cannot be addressed only by the port but is also for the industry association and trade chambers in Goa to reflect upon. Apart from the adequate volume challenge, there is also a challenge of a reliable and efficient shore crane (Harbour Mobile Crane) at MPT Goa. The port has decided to address this issue in a short time frame probably through Sagarmala Funding route or any other suitable means,” the MPT said in its statement.

The port authorities also sought the intervention of the office of Goa Chief Minister Pramod Sawant and Union Minister of State for Ports, Shipping and Waterways Shripad Naik.

“We request the support of all stakeholders in patronizing the port for containerized trade and assure you of our continued facilitation and co-operation,” the notice issued by the MPT’s traffic manager stated.