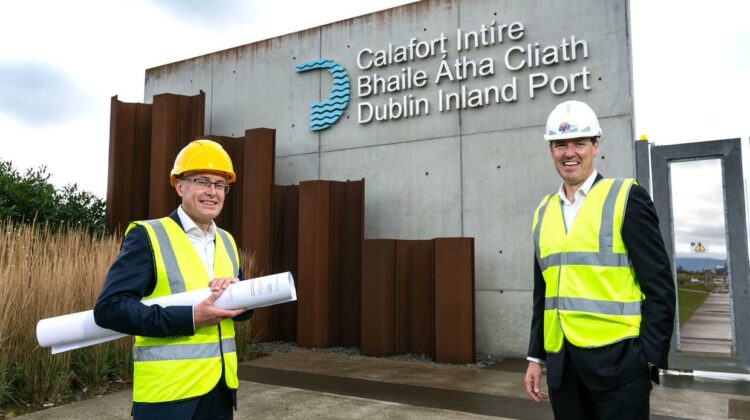 A unit of ferry group Irish Continental has secured the first licence to operate at the new €48m Dublin Inland Port, which has been developed near Dublin Airport by Dublin Port Company.

The Irish Continental subsidiary Dublin Ferryport Terminals (DFT), already operates a container terminal at Dublin Port. It has signed a 20-year lease to operate a five-hectare container depot at the new inland port. It will boost DFT’s throughput handling capacity at Dublin Port by 20pc.

The new inland port is located on a 44-hectare site, 14km from Dublin Port. It has direct access to the sea port via the M50 and the Dublin Port Tunnel.

Dublin Port handles about half of all the port volume in Ireland. Planning consultants for the Dublin Port Company had told Fingal County Council that the creation of the inland port in its administrative area was made more urgent due to the UK’s departure from the EU, which resulted in land being set aside at the port itself for Brexit-related developments and activities.

Declan Freeman, the managing director of Irish Continental’s container and terminal division, said securing the licence to operate at the new inland port comes at an “important time” for the company. “To meet growing demand for our load-on/load-off freight handling services, we need to be able to move containers through the DFT terminal at Dublin Port in greater numbers than before, and more frequently,” he said.

“Dublin Inland Port will give us the flexibility and much needed additional capacity to do that.”

Cormac Kennedy, the head of property at Dublin Port Company (DPC), said the new inland port will be capable of accommodating up to 6,000 containers when it’s fully operational. The new facility will open next month.

“Other shipping and logistics operators will join DFT at the facility as DPC continues to maximise the capacity of Dublin Port’s existing footprint to meet national port capacity requirements in the period of Masterplan 2040,” he said.

However, in the fourth quarter of last year, the figure was up 7.6pc year-on-year.