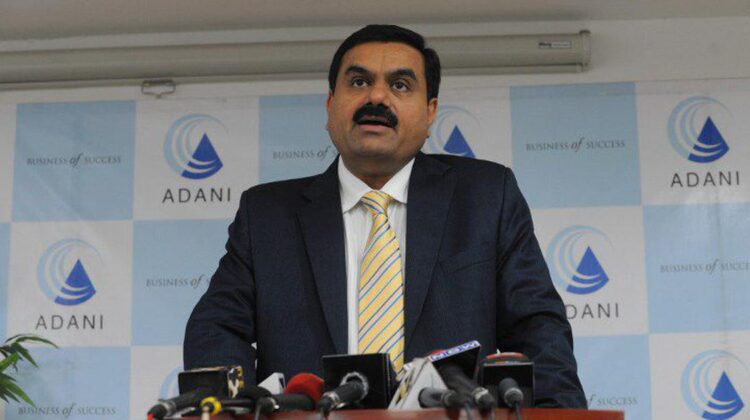 The group was reportedly paying over Rs 225 crore to the military-backed Myanmar Economic Corporation in ‘land lease fees’ for a port in Yangon.

NEW YORK : New York-based stock exchange S&P Dow Jones Indices said that it has removed Adani Ports and Special Economic Zone Ltd from its sustainability index due to the company’s business ties with Myanmar military, which has been accused of human rights violations since a coup in February, Reuters reported on Tuesday.

The Adani Ports and Special Economic Zone Ltd scrip will be removed from the Dow Jones index prior to market opening on April 15. The development took a toll on the firm’s listing on domestic index BSE Sensex too. By 10.20 am on Tuesday, its share price had dipped 4.25% compared to its opening mark on Monday.

The company has not yet released an official statement on the Dow Jones’ action. In a statement in February, the Adani Group had claimed that it had not engaged with military leaders for approval of the port. However, videos and photos accessed by US-based ABC News had revealed in March that Adani Ports Chief Executive Karan Adani had in July 2019 met Senior General Min Aung Hlaing, the army chief who led the coup against the elected government. A 2019 United Nations report had also named Adani Ports as one of the companies who have engaged with the military conglomerate, according to ABC.

On March 25, the US had imposed sanctions on the Myanmar Economic Corporation along with Myanmar Economic Holdings Public Company Limited, according to a statement on the Treasury Department’s website. The move by Washington freezes any assets held by the entities in the US and targets the business interests of Myanmar’s military.

Myanmar coup
The military coup in Myanmar followed the landslide victory of the National League for Democracy and Aung Suu Kyi in the national elections in November last year, with the military-backed Union Solidarity and Development Party faring poorly in its key strongholds.

The country’s military refused to accept the government, citing unsubstantiated allegations of fraud. It was also announced that the coup was the result of the government’s failure to delay the November election despite the outbreak of the coronavirus.

However, General Min Aung Hlaing said on February 8 that “free and fair” elections will be held after the completion of the emergency period, and the military will hand over power to the winner.

Security forces in Myanmar have cracked down heavily on protesters agitating against the coup. In several instances of firing at protesters, hundreds of them have been killed, drawing criticism from the United Nations, governments of several countries and human rights groups