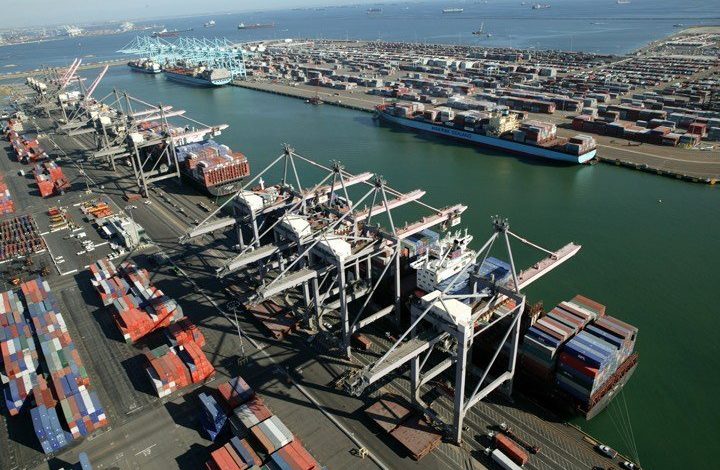 NEW YORK : Approximately 200,000 shipping containers remain on ships off the coast of Los Angeles as pandemic-related gridlock continues to disrupt various supply chains, according to Gene Seroka, the Executive Director of the Port of Los Angeles.”We have about two weeks’ worth of work sitting at anchor right now,” Seroka said in an interview . His port is trying to unload and then prioritize the cargo that needs to move off the port as quickly as possible.”There’s product that needs to get out there in super-fast speed,” he said. “Think about the toys, the other Christmas product, and parts and components for factories.

The port has made some progress moving containers off the docks since President Joe Biden announced at a White House supply chain summit last week that the port would move to a 24/7 operating schedule. The port is the nation’s largest in terms of container volume.

“We had 25% of all cargo on our dock sitting here for 13 days or longer [and] that’s been cut in just about half over the last week,” Seroka said.

No one to pick up

Although the port is ready to operate around the close, its terminals, which are privately owned and operated, remain closed from 3 am to 8 am because there are no businesses calling on the ports in those hours seeking to pick up their containers.

Currently there seems to be no cargo owners who are looking to use the 3 am. to 8 a.m. window,” said Phillip Sanfield, Director of media relations for the port. “Terminals don’t want to be open if there is no interest in using the gates. We’re not yet seeing demand by cargo owners to come get their cargo during the overnight hours.”Biden had said it would be a benefit to have trucks calling on the port overnight since there is much less traffic on the roads at that hour. But a shortage of truck drivers to handle that work makes that a moot point.”The Port of LA is ready now. We have plenty of longshore workers. The issue is truckers and more importantly, cargo to be picked up,” said Sanfield. “We’re working with importers, terminals, etc. to get a demand for that window. There’s no one single lever to pull.”Even before the expanded hours, Seroka said about 30% of the available appointments for trucks to pick up loads at the port were currently going unused. And longer hours of operations doesn’t mean that existing drivers can drive for more hours since there are safety rules limiting the number of hours they can be driving, and mandating rest between shifts.

But the problem is not simply the supply of trucks or hours of operation. The backlogs have mostly been caused by a crush of goods coming from Asia.American consumers who have been spending less on services, such as travel or going to movies or other events, have been spending more money on goods, from household goods to automobiles. And the rise in imported goods and items that are built here with foreign sourced parts have resulted in more container volume trying to get through the ports than before the pandemic.

While the longer hours has alleviated some of the congestion at the ports, Seroka said executives expect the crush of goods won’t slow down until February 2022, at the earliest.”We’ve been buying more than ever as American consumers and the retailers have really tried their best to keep up with demand,” Seroka said. “The second quarter of next year is going to be focused on replenishing this inventory.”Because of that, Seroka expects the expanded schedule will to continue into next summer, not just for the 90-day period announced by Biden at the White House supply chain summit.”We’re going to have to work all out,” he said. He also pointed to the problem of finding the truckers and trucks to move the containers away from the the port.”We’ve to take advantage of that latent capacity and squeeze every minute and every hour of efficiency out of the port that we can,” he said. Around the world, ports are congested as a result of the rapid rebound in demand for commodities and goods as much of the global economy has recovered from the pandemic. Shipping costs have soared, and companies wanting to move goods around are struggling because there just aren’t enough ships or containers available. All the while prices are going up for consumers.