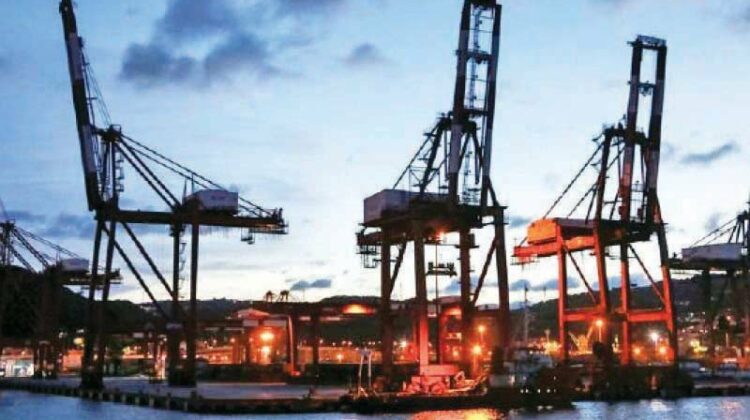 ISLAMABAD : The Pakistan Tehreek-e-Insaf (PTI) government is set to reduce port charges for export cargoes by 50% in a bid to boost exports.

The Port Qasim Authority (PQA) board has already approved a reduction of 50% in port charges for export cargoes to help enhance export volumes.

Sources told The Express Tribune that the maritime affairs ministry had tabled a proposal in this regard before the Cabinet Committee on Transport and Logistics (CCoTL). The cabinet body has approved the proposal.

In a meeting held last week, the Ministry of Maritime Affairs briefed the cabinet body about the proposal of reducing port charges for export cargoes by 50%.

It was informed that in order to facilitate the exporters and enhance the quantum of exports, the PQA board in its meeting held on July 16, 2021 had passed a resolution and approved the proposal of reducing port charges (wet/dry) for export cargoes for a period of one year.

It approved a reduction of 50% in port charges (wet/dry, ie wharfage, port dues and pilotage) for export cargoes at marginal wharf berth No 1 and 2, Fauji Akber Portia Terminal, Fotco Terminal and PIBT Terminal.

For containerised cargo handled at DP World (QICT), the wharfage is also reduced by 50% on containers carrying export and transshipment cargo (but it is not applicable to empty containers).

The Ministry of Maritime Affairs requested the CCoTL for endorsement of the board resolution as a requirement for approval of the federal government under Section 13(4) of the Port Qasim Authority Act 1973.

The cabinet body discussed and unanimously supported the proposal. The minister for railways stated that the Ministry of Maritime Affairs should ensure that the relief may be passed on to the exporters so that the benefit of reduction may be achieved in true letter and spirit.

The minister for aviation stated that the PQA board may examine the possibility of giving a similar benefit to the importers as well. It will help in reducing prices in the country.

While supporting the proposal, Adviser to Prime Minister on Commerce and Investment Abdul Razak Dawood stated that it was a commendable initiative for the promotion of exports.

He added that logistics and transportation should be viewed in a holistic manner in order to develop linkages to make the whole process beneficial for increase in trade with other countries, especially the Central Asian states.

The CCoTL considered a summary regarding the reduction in port charges and approved the proposal.

It also decided that the PQA should seek legal opinion on exclusivity rights for coal handling by the PIBT and communicate it to the Ministry of Maritime Affairs positively within one week for submission to the CCoTL.

It agreed that the Ministry of Maritime Affairs secretary will convey the directive to the PQA.

It decided that Karachi Port Trust (KPT) should seek legal opinion on the Supreme Court judgement relating to the halt to coal handling. It will submit the modus operandi for managing coal handling through its terminal.

It may also examine the possibility of filing a review petition against the order after developing proper SOPs. A report in this regard shall be submitted to the Ministry of Maritime Affairs within two weeks, for subsequent submission of a summary for CCoTL’s consideration.

It also decided that KPT should examine the possibility of reduction in port charges as was done by the PQA and put a proposal before the CCoTL through the Ministry of Maritime Affairs for consideration.