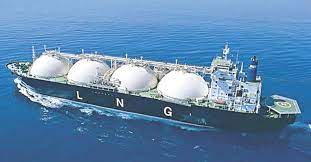 NEW DELHI : Petronet LNG Ltd, India’s largest gas importer, is looking to reclaim the lost opportunities of the past decade as it seeks fresh foray into the petrochemical business and plans to set up an LNG import facility on the east coast.

Oil Secretary Tarun Kapoor, who is also the Chairman of Petronet, in the firm’s latest annual report said the company is looking at setting up a floating terminal at Gopalpur port in Odisha and “is embarking upon a major diversification drive to broad base its business activity and is exploring to have an ethane/ propane import facility at Dahej terminal”.

Petronet had some years back planned to set up a terminal at Gangavaram in Andhra Pradesh for import of supercooled gas in ships. The company management stopped pursuing that terminal in 2015-16 on grounds that there isn’t enough demand to justify a 5 million tonnes a year import facility.

Gangavaram would have been the first terminal on the east coast as Petronet owns and operates facilities at Dahej in Gujarat and Kochi in Kerala.

Soon after that Adani Group began work to set up a 5 million tonnes a year import terminal at Dhamra port in Odisha.

Petronet now sees that there is demand for gas in the eastern region and despite the Dhamra LNG terminal, it is now looking for a facility at Gopalpur, a source said.

Similarly, the company is trying to recapture the lost opportunity in the petrochemical sector.

That rich-gas was supplied to Oil and Natural Gas Corp (ONGC) which after stripping it of ethane and propane re-supplies to Petronet for onward sale to power plants, fertilizer units and other customers.

The source said ONGC uses the rich gas at its petrochemical plant to make value-added chemicals.

Now, Petronet is looking to use the same model.

Petronet “has also planned for setting up of a petrochemical complex based on imported propane at Dahej LNG Terminal”, Kapoor said in the annual report. “The foray into petrochemicals would be a forward integration of our strategy as the same planned to get synchronised with our upcoming third jetty project and available land bank at Dahej.”

He, however, did not give details of the planned petrochemical complex including investment and size of the plant.

Using ethane, plastics and detergents can be made; while propane can give plastic.

Petronet is 50 per cent owned by state-owned refiners Indian Oil Corp (IOC) and Bharat Petroleum Corp Ltd (BPCL), gas utility GAIL (India) Ltd and oil and gas producer ONGC. The four companies sit on the board of the company, which is headed by the Secretary, Ministry of Petroleum and Natural Gas.

Kapoor said Petronet is exploring the possible business opportunities from harnessing the cold energy from its regasification terminals at Dahej and Kochi.

After establishing a presence in the southern and western parts of the country, Petronet is now planning to set up a floating LNG terminal at Gopalpur port in Odisha with a view to establishing its presence on the eastern coast of India, he said.

“The LNG terminal will help meet the increasing gas demand of the eastern and central part of the country,” he said.

He added that Petronet has already completed the pre-project studies and is in process of preparing the Detailed Feasibility Report (DFR) for 4 million tonnes per annum floating storage & regasification (FSRU) terminal followed by a pre-feasibility report for a 5 million tonnes land-based terminal in future.

Petronet, he said, “has signed MoU (memorandum of understanding) with Gopalpur Ports Ltd and is in discussion with them to finalise the key technical and commercial terms of the agreements”.