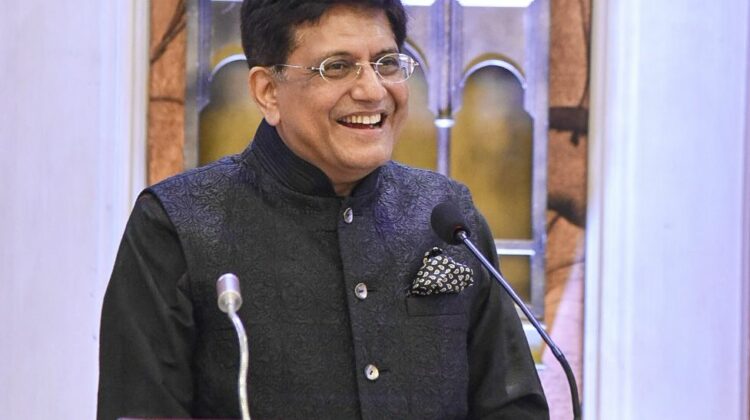 NEW DELHI : Union Minister of Commerce and Industry, Consumer Affairs, Food & Public Distribution, and Textiles, Shri Piyush Goyal asked the footwear industry to focus on quality and reduce import dependence to capture a larger share in the international Market. He was addressing a gathering of over 100 industrialists engaged in manufacturing of sports shoes in India today in New Delhi.

The Minister emphasized that Quality Control Orders (QCO) for leather and non-leather footwear would be implemented with effect from 1 July 2023. He reiterated that BIS standards need to be followed for better quality and larger production which eventually leads to good quality products for the consumers.

The Minister said that if industry stakeholders provided substantial facts/data regarding under invoicing and under valuing of imports, the government would take action. Shri Goyal said that high quality production and for large capacities in the sector is the need of the hour. He added that business practices must be improved for betterment of footwear industry.

The Minister expressed concern about the importing of low quality and low-cost raw material and said that the tendency needed to be addressed. Shri Goyal also stressed that dependence on import of machinery needs to be reduced and domestic machinery manufacturers should be encouraged. He said that encouragement of production of components in India needs to be looked into. Footwear Design and Development Institute (FDDI) will also support in this regard, he said.

Shri Goyal urged the footwear industry players to strive to assess the quality and standards which consumer expects. ‘Improvement in the quality will help gaining importance in global market’, he said. He asked India’s leading manufacturers to assess the trends of the Countries with larger global share in export. He also asked footwear manufacturers to make the best possible use of the FTAs that India had signed. He added that the Indian Footwear & Leather Development Programme needed to be relooked at.

The Minister said BIS and FDDI shall establish testing facilities at the industry clusters. He suggested that the creation of Common Facility Centres for moulding and designing with the support of FDDI may be encouraged. He noted that Production Linked Incentive (PLI) Scheme was also being considered to create large capacities and promote economies of scale. The Minister also said that officials of DPIIT and industry representatives should study international best practices of quality so that they can be implemented in India.