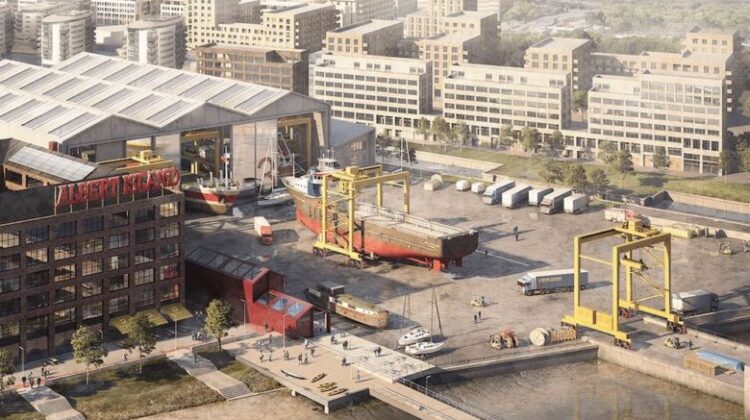 The Port of London Authority (PLA) is working with property developers, London & Regional, and the Royal Docks Team (RDT) to deliver the first new shipyard on the Thames for over a century at Albert Island in the London borough of Newham.

Use of the Thames has been growing rapidly in recent years, with increasing passenger services, barge movements and deepsea trade. The planned shipyard forms part of Albert Island, London & Regional’s 25-acre, multimillion-pound industrial regeneration scheme in the Royal Docks.

Development of a London shipyard is in line with wider government moves to reinvigorate shipbuilding in the UK; an updated National Shipbuilding Strategy is due to be released later this year. This is expected to take in broader merchant and other vessels, alongside the current strategy’s focus on vessels for the Royal Navy.

PLA chief executive, Robin Mortimer, explained: “The Thames has been the centre of a river renaissance over the last decade, with continuing investment in new vessels and services of all kinds. This shipyard opportunity has major significance, as it will put the essential repair and maintenance facilities at the heart of the busy river. Once developed it will mean services can be provided swiftly, saving operators time taking vessels to yards off the river and minimising downtime.”

The 3.3-acre shipyard development at Albert Island already has outline planning permission. The PLA is currently seeking expressions of interest from potential operators of the facility at the eastern end of the Royal Docks.