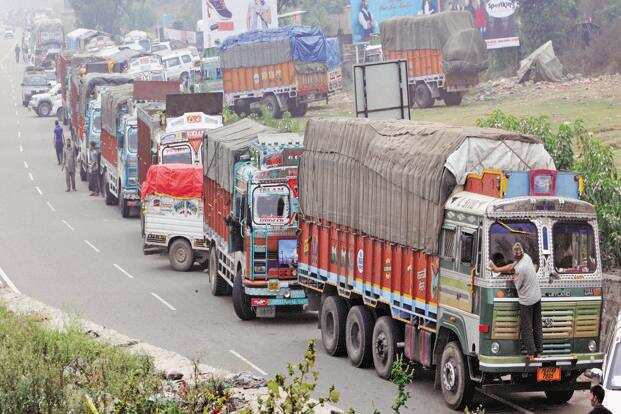 NEW DELHI : Gujarat has topped the ranking of states on ease of logistics, and was followed by Haryana and Punjab, but frequent stoppages by police and transport authorities were cited as a major regulatory challenge that push up overall cost.
India has a major cost disadvantage with logistics cost estimated at around 14% of GDP, compared to 8-10% in case of developing countries. The government has set a target to lower it by five percentage points.
The government is, however, hopeful of fixing the problem. The latest Logistics Ease Across Difference States (LEADS) is expected to spur competition among states to improve their performance and will help reduce the overall cost, Commerce and Industry Minister Shri Piyush Goyal said. The minister said the recently unveiled Gati Shakti scheme will help fill infra gaps and reduce costs.
The latest official rankings also showed how the North East lagged on almost all parameters when states were divided into clusters. Among the hilly states and union territories, Jammu & Kashmir was the top performer. while Delhi was on top on the list among “other UTs”, pipping Chandigarh.
Apart from unions adding to the costs in states such as Kerala and Uttarakhand, the report is filled with complaints of transport department and police stopping consignments, although four-years ago the Centre had suggested that following the implementation of GST, there would be a check post-free experience across the country, especially state borders. Clearly, the states aren’t playing ball.
“Undue stoppages” by transport department were reported across most states — from Gujarat and Haryana to Tamil Nadu, Uttar Pradesh and Karnataka — with respondents saying that Maharashtra Police refused to even accept papers stored in Digi Locker, despite repeated assurances from the Centre.
“The new Motor Vehicle policy has not been implemented by the West Bengal government, which confuses many drivers while transiting the state. This also leads to harassment of drivers by RTO/Police officials,” the report said. In Jharkhand, it said, RTO lacked transparency in registration and permits for commercial vehicles.
Respondents in Maharashtra pointed to vague challans, while in Odisha there were complaints of “over-height fines” on 40-feet high cube containers that increase the logistics costs