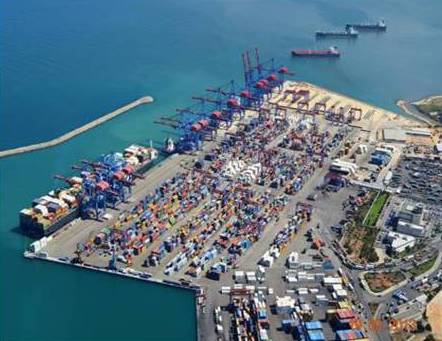 The Port of Tripoli (PoT) has been selected as a main terminal in the Eastern Mediterranean for two of the sea routes of CMA CGM, one of the world’s largest shipping companies, starting in February. This will boost the number of containerships calling on PoT each month by 83 percent to 22 vessels, according to the Tripoli Port Authority. It said that CMA CGM will use the port for local cargo and for transshipment operations.

The trajectory of ‘Med Express’, one of the routes, includes the ports of Hamad (Qatar), Jebel Ali (UAE), Jeddah (Saudi Arabia), Piraeus (Greece), Genoa (Italy), and Karachi (Pakistan), in addition to Malta and two ports in India. The second route, ‘Middle East Gulf East Med’ (MEGEM), includes the ports of Jebel Ali, Hamad, Mersin (Turkey), and Port Said (Egypt), along with the three Saudi ports of Dammam, Jubail, and Jeddah.

Ahmad Tamer, Director General of PoT, said that MEGEM has the potential to play a crucial role in the export of local goods as it links Lebanon to major Arab markets. The two routes are not being diverted to Tripoli from the Port of Beirut. According to Tamer, this is the first time that CMA CGM includes Lebanon in these two routes. Following the massive explosion in the Port of Beirut last August, CMA CGM said it will set up a logistics hub in Tripoli.

Tamer said they will start this year the expansion project of PoT which is financed by a loan of $86 million from the Islamic Development Bank.

Marseilles-based CMA CGM serves 420 ports worldwide and operates a fleet of 502 vessels. It was founded by the late Jacques Saadé, who was a Lebanese-French businessman.