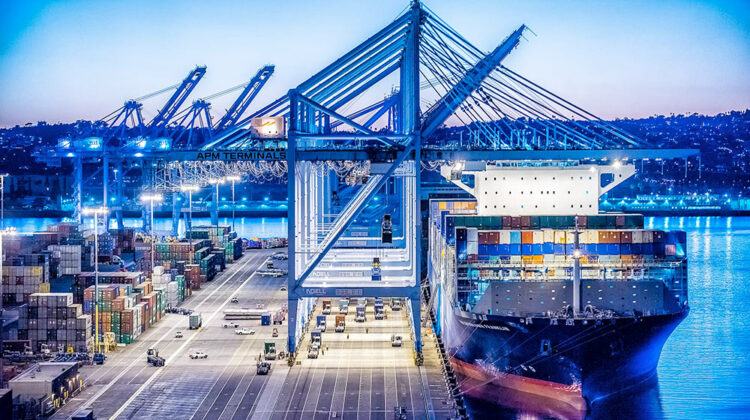 MUMBAI : Cargo handling terminals at Centre-owned major ports will be privatised through the public-private-partnership (PPP) route under three broad categories – oil, clean cargo including containers and bulk – departing from the current practice of bidding out projects as single commodity handling facilities, according to the new model concession agreement (MCA) being finalised by the government.

The existing model has come under flak after recent government policy changes under ‘aatmanirbhar Bharat’ mid-way through the 30-year tenure of PPP projects reduced volumes such as coal and fertilisers and hurt their commercial viability.

This, in tun, has triggered calls from PPP operators to modify their contracts to convert single commodity handling terminals to multi-commodity terminals to achieve full utilization of assets, increase efficiencies and sustain business.

The model concession agreement sets out the terms and conditions of a port contract and sets the project in motion.

The ministry of ports, shipping and waterways is in the process of re-writing the MCA to make it “flexible” so that the projects are more attractive to private investors.

Among other changes being considered includes giving freedom to the PPP terminal operators to indicate the minimum guaranteed throughput (MGT) they will handle in a year while placing bids instead of the port authorities setting this target.

The bidders will be asked to set the MGT for the initial 7-8 years, the highest of which will be the MGT for the balance period of the contract, multiple sources briefed on the plan said.

Currently, the royalty or revenue share is paid by the PPP operator to the port authority based on the actual volumes handled in a year or on the MGT, whichever is higher. The port authority can terminate the contract if the MGT is not met for three consecutive years.

With the major ports moving to market driven regime for setting port rates under the new Major Port Authorities Act, 2021, the port authorities will set only reference rates for the purpose of bidding.

The bidder quoting the highest royalty per twenty-foot equivalent unit (TEU) or ton, as the case maybe, will win the 30-year contract. The winning bidder will be free to set rates.

If the PPP operator offer discounts to users on commercial considerations, it will have to pay the full royalty per TEU or ton quoted in the bid.

But, if any discounts are mandated by the government for coastal cargo and transhipment containers, the PPP operator can pay proportionate reduced royalty per TEU or ton, a government source said.

Private firms running cargo terminals at major ports are not enthused by the changes being contemplated when such restrictions are not there in non-major ports run by private firms in the states.

“During the 30-year life of a concession agreement, so many things undergo a change that it becomes redundant,” said a top executive with a private port logistics firm. “How can a port operator guarantee throughput; only God can guarantee MGT, we are mere mortals,” he said.

Instead of putting multiple, complicated conditions in the concession agreement, the port authority should only lease the land and waterfront for building cargo handling facilities and award the contract to the entity quoting the highest upfront lease rentals above the minimum reserve price set for the area, a port industry source said.

“There should be no restrictions on the type of cargo or on MGT. Its not what the PPP operator or the government wants; it should be left to the dynamics of the market,” he said noting that putting too many restrictions in the concession agreement will only result in litigation, which is currently the case involving many PPP terminals.