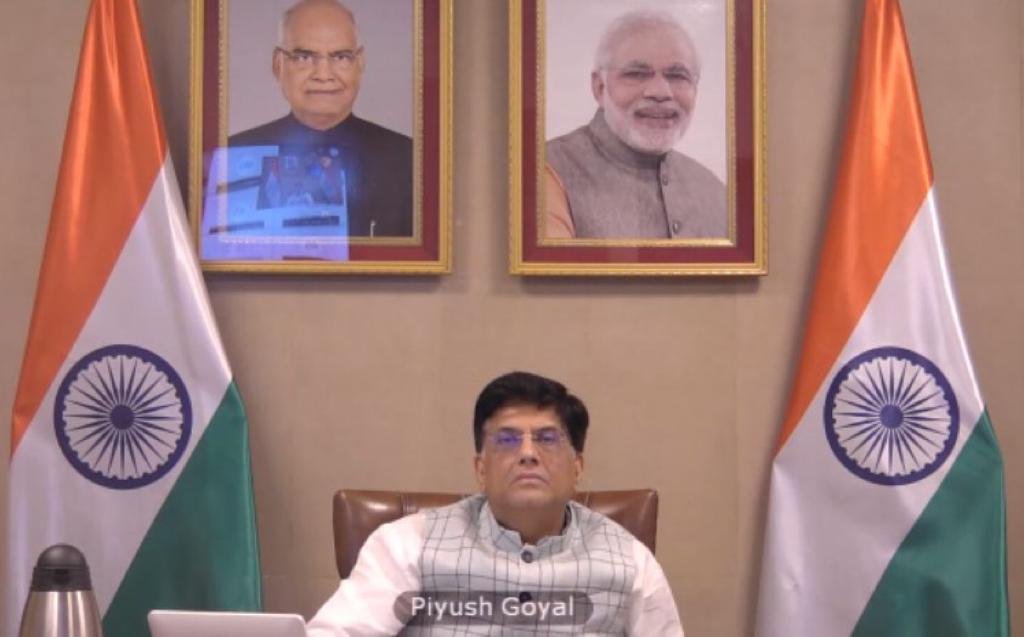 Expressing satisfaction India’s exports have bounced back touching $197 billion in the first half of FY2021-22, Shri Goyal said with 48% targeted volumes achieved, we are on the right track.

“Our exporters have made all of us Indians proud ,” said Shri Goyal, setting the bar higher “if we can aim to scale $450-$500 billion exports next year.”

The Minister said Engineering Goods have much more potential and Textile exports should aim for $100 billion. “You must have seen we are coming out with schemes,” said Shri Goyal, referring to the various PLI schemes announced by the Government recently.

“Equitable, fair and balanced and to the benefit of the Indian exporters, you will have to raise whatever are your concerns,” Shri Goyal said, adding mostly issues are related to market access rather than tariffs.

Stating that the Prime Minister Shri Narendra Modi will unveil his most ambitions Infrastructure Development vision, – ‘Gati Shakti’ programme on Ashtami, the day of Goddess Durga representing Shakti, viz 13th October, Shri Goyal invited the Export Council heads to join the event by VC and participate with infrastructure issues of related export sectors. The National Logistics Policy has also been unveiled recently and exporters should flag their concerns, he added.

On the issue of high global prices of Polymers and uniform application of Environment Laws, the input for the Plastics sector, Shri Goyal assured the Commerce Department will take it up with the Environment Ministry on allow import of virgin plastics scrap and related issues.

Asking Export Councils to identify and name Exporters whose products fail to meet international standards and are often rejected due to inferior quality, the Minister said the EPCs have not identified specific exporters hurting the reputation of ‘Made in India’ products in the world markets despite repeated reminders. “Quality will define the future of our exports,” he quipped.

Speaking on the occasion, MoS (Commerce & Industry), Smt Anupriya Patel assured exporters of speedy redressal of their concerns with various other Ministries that were hampering exports growth. Secretary, Department of Commerce, Shri BVR Subrahmanyam and other Senior Officers participated in the deliberations.