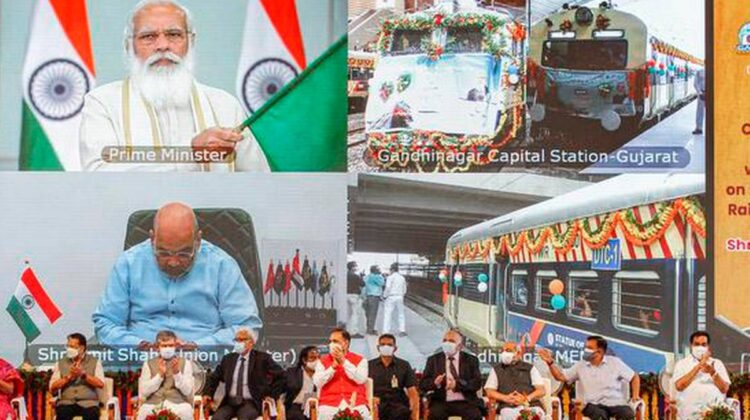 Gandhinagar station is just the beginning in the direction, Modi said

The Prime Minister stated that on the lines of successful examples of PPP models for airports and bus stations, railway stations can also be explored for implementing the models.

Prime Minister Modi also mentioned that many prominent railway stations across the country are undergoing modernisation. “We are also seeing railway stations at tier-2 and tier 3 towns getting equipped with wi-fi facilities,” he said.

He also stated that the methods of the 20th century would not serve the needs for India of the 21st century.

“Therefore, we believed railways needed a complete reform. We started developing railways not as a service, but as an asset,” he said after launching ten projects in Gujarat, including the flagging-off of two new trains from Gandhinagar Capital to Varanasi stations and MEMU service trains between Gandhinagar Capital and Varetha. He also inaugurated a revamped Vadnagar railway station in his hometown.

Modi also lauded the railways achievements in the past few years with improved facilities, cleanliness, security and speed. Besides the horizontal expansion of the railways, Modi said vertical expansion is also equally important.

The Prime Minister further stated that the country’s goal is not just to build concrete structures but to create an infrastructure which has its own character. He said that children’s learning and creativity should also get space along with entertainment for their natural development.