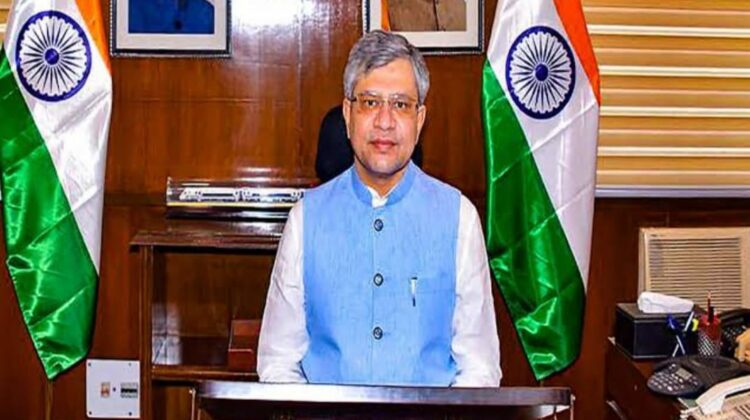 The minister exuded confidence that the Railways will have a “superb” business proposition in coming years.

“With Prime Minister (Narendra Modi)’s vision, the transformation that is taking place and those that are expected to be in place…in the coming 5-6 years down the line, railways will be highly profitable,” Vaishnaw said while speaking at the ‘Times Now Summit 2021’.

The railways ecosystem will expand and customer experience will also transform, he said.

On the financial position of Indian Railways, the minister said its balance sheet depended largely on the cargo it handles.

“The cargo that we handle has to totally transform. We must focus on getting the retail cargo that is for the small industries, for the small businesses, for the tribal living in Ranchi who wants to send, say ‘Ragi’, to somebody sitting in Delhi,” he said.

Addressing that segment of the cargo will push up railways’ economics significantly, he added.

“And, I’m sure that with the inventions, with the innovations that we are doing, in fact today, from here I’ll be going to the New Delhi railway station where the box that we have developed for such medium, small-scale industries, small businesses…that box we will see today and hopefully, will soon deploy that,” he said.

In the past seven years, railways has seen marked improvement in benchmarks, such as punctuality, cleanliness, and offering good services to passengers.

“From here, now, railways has to move towards a totally new generation of rolling stock, which is the coaches that we use. It has to have a totally new way of working, in which it efficiently addresses the products and the logistics needs of small farmers and industries,” Vaishnaw said.

Railways has to transform and be more open from the perspective of passengers, cargo, technology and mindset.

The Indian Railways enjoyed almost 80 per cent of marketshare in logistics in the 1950s which has come down to 27-28 per cent, and the challenge now is to move up from those levels. Railways intends to vie for a bigger share of cargo.

“We say that countries like Germany have the best cost of logistics, which is nine per cent of GDP (gross domestic product). India has 14 per cent… So, how do we bring this 14 per cent to 10-11 per cent, it is only possible if more cargo share comes to railways,” he said.

On how private sector participation will be scaled up in railways, the minister said substantial private sector interaction with railways already exists in the form of partners, manufacturers, service providers, and construction contractors ecosystem.

“How do we step it up? How do we make it more structured? That’s what we need to work on. The private sector looks for a structure where risk allocation is appropriate.

“It’s not lopsided, payment terms are proper, dispute resolution is properly defined, contractual structure and policy is well structured. So, that’s what we need to work,” he said.

Noting that the country shifted to a model where private and public sectors worked as partners for construction of highways, he said “that kind of thing needs to come into railways now”.

“So, we are working on that and hopefully, very soon, we should come up with the first BOT (build-operate-transfer) project for laying new railway lines. And, once that succeeds, I am quite sure that will succeed…looking at the industry response we have got so far.

“I think we’ll be able to construct many more kilometers of railways using that model,” he said describing it as a more appropriate way of how the private sector will interact with railways.

Vaishnaw said the prime minister had laid out the vision of connecting all parts of the country with modern world-class trains.

“Then, every month, 5-6 new trains will come,” he said adding that the focus will be on transforming customer experience and prompting more people to travel by trains.

On the significance of Shri Ramayan Yatra train, the minister said the concept of ‘Bharat Gaurav trains’ is to offer an authentic way for people to experience India’s culture, heritage, diversity and it also “makes business sense” to run such trains.

“In this, after Ramayan, there will be Guru Kripa train, there will be safari, South India Darshan… It will showcase and give expression to our culture and heritage,” he promised.

In the Bharat Gaurav trains initiative, the government had interactions with nearly 1,000 stakeholders.

“The entire concept will be developed by the private sector. So, creativity needed, freedom, policy certainity required, that is what we have facilitated. Now, it’s open to all of you, all the friends, you run the kind train you want, without competition,” he said.