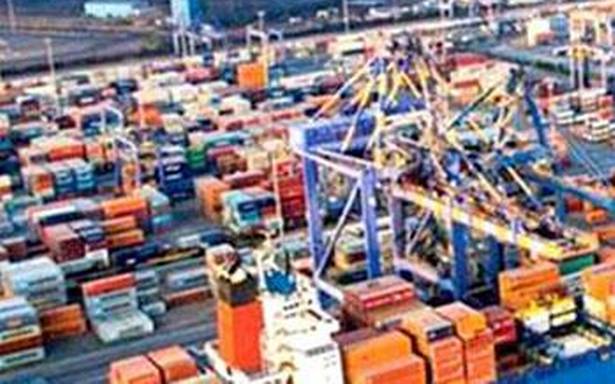 NEW DELHI : With requests pouring in from exporters across sectors for speedy announcement of rates under the new Remission of Duties and Taxes on Exported Products (RoDTEP) scheme, the Commerce Ministry is working with the Finance Ministry to see if the outlay could be raised to ensure all eligible sectors get covered for input tax refunds to the extent possible, sources have said.

“The government is finding it difficult to either exclude any eligible sector from the scheme or fix a significant cap on it to limit expenses as these may be politically sensitive decisions. This is the major reason behind the delay in announcement of rates. The Finance and Commerce Ministries are therefore now seriously examining if the outlay for the scheme could be increased enough to give all sectors their due,” a person close to the development told news person.

The RoDTEP scheme, announced on January 1 with the simultaneous withdrawal of the popular Merchandise Export from India Scheme (MEIS), seeks to refund exporters the embedded duties/taxes that are not rebated under other schemes. These include VAT on fuel used in transportation, mandi tax, duty on electricity used during manufacturing etc.

The MEIS had to be withdrawn as the refund rates under the scheme were broadly fixed without transparent linkages with actual taxes paid by exporters and was therefore not compatible with WTO norms. The rates under the RoDTEP scheme have, however, been painstakingly calculated by a committee headed by former Home and Commerce Secretary G K Pillai, and are much more transparent.

While the Finance Ministry had initially projected that the outlay for the RoDTEP scheme would be around ₹50,000 crore, at par with the MEIS scheme, it was later pared to just ₹ 13,000 crore in the Budget for 2021-22 due to the fund crunch the government is facing.

“The Finance Ministry apparently had agreed to increase the budget from ₹ 13,000 crore to about ₹ 16,000 crore in its internal meetings but that has also not proved to be sufficient. However, according to fresh calculations made based on the Pillai committee rates, it appears that if the government stretches its budget by another ₹ 4,000 crore-₹ 5,000 crore then the needs for the RoDTEP scheme for 2021-22 could be met,” the source said. Finances, however, remain a big constraining factor, the source added.

Exporters are getting restless waiting for the rates as it has been delayed by almost five months. Although the refunds would be made from January 1 once rates are fixed, exporters are finding it difficult to work out their costs as they don’t know the refund rates. “There are requests pouring in from various export sectors at the Commerce Ministry asking for early announcements of rates. Most sectors are also specific about the rates they are expecting as they had worked out the calculations for giving their inputs to the Pillai committee,” the source said.

Under the MEIS, exporters from eligible sectors would get refunds in the range of 2-4 per cent of the value of the exported good.