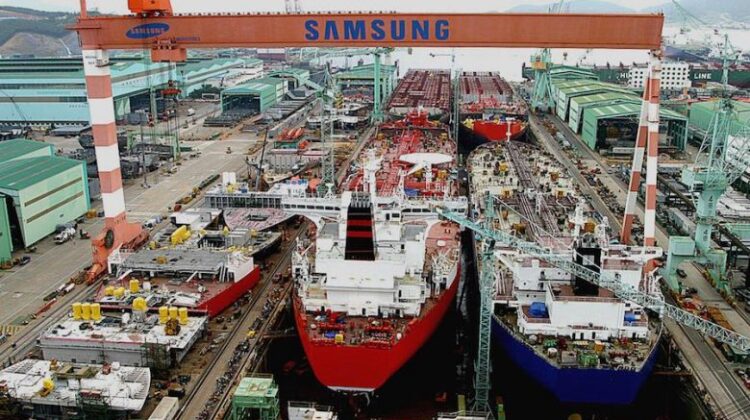 SOUTH KOREA : One of the world’s largest shipbuilders is pressing ahead with plans to build nuclear-powered merchant ships.

The nuclear development goes alongside Samsung Heavy’s already advanced research and development into ammonia- and hydrogen-powered ships, the Korean yard said , as it races to lead the shipbuilding pack in offering alternative propulsion choices.

Nuclear propulsion for ships has been garnering a lot of headlines in recent months. Writing for Splash recently, Mikal Bøe, whose firm CORE-POWER like Samsung Heavy is also developing marine molten salt reactors, suggested that his atomic technology under development does not require the $1.4trn infrastructure-spend for its fuel source like that for synthetic fuels, hydrogen fuel cells or batteries will. A marine molten salt reactor will be 70% cheaper to lease, operate and recycle than any synthetic hydrogen-based fuel, Bøe insisted.

Public perception was cited as the biggest hurdle facing nuclear power at sea in a poll carried by Splash late last year, trumping price and caution from regulatory authorities.