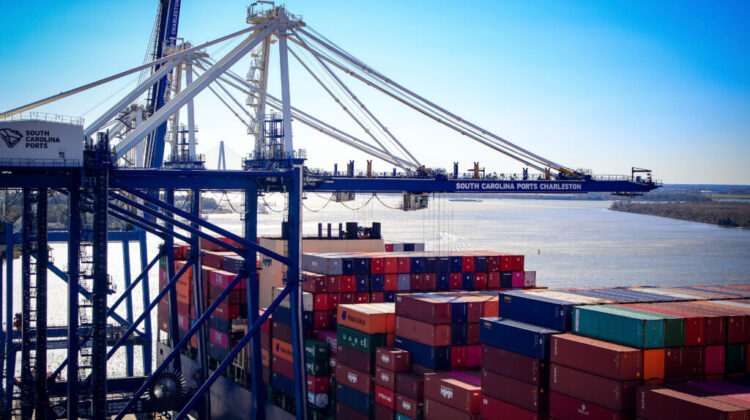 SC Ports keeps freight moving, recording a record May for containers handled at the Port of Charleston

CHARLESTON :  South Carolina Ports had a record May for containers handled at the Port of Charleston, marking the third consecutive month of record volumes.

SC Ports had its strongest May ever for containers, moving 230,870 twenty-foot equivalent units (TEUs) across Wando Welch Terminal, North Charleston Terminal and Hugh K. Leatherman Terminal. This is a 36% increase from a year ago as cargo continues to boom globally.

While the strong comparisons are aided by low volumes in May 2020 due to the pandemic, SC Ports’ volumes consistently show a rebound in the booming Southeast market.

Mega retailers and advanced manufacturers continue to drive volumes at the Port of Charleston. Loaded imports were up 46.5% and loaded exports were up 24.3% in May compared to a year ago.

“The Port of Charleston saw strong container volumes in May as our efficient operations continue to support the retail boom,” SC Ports President and CEO Jim Newsome said. “SC Ports also welcomed the CMA CGM MARCO POLO in May, marking the largest container ship to ever call the East Coast and signifying the importance of our ongoing infrastructure investments. We achieved 52 feet of depth in front of Wando Welch Terminal last month, putting Charleston on track to have the deepest harbor on the East Coast in 2022.”

Vehicles remain an incredibly strong segment for the Port of Charleston. SC Ports handled 21,280 vehicles in May, up 818% year-over-year — a significant jump from last May when many automotive manufacturers were impacted by the pandemic. SC Ports has handled 230,885 vehicles at Columbus Street Terminal fiscal-year-to-date, up 24.5%.