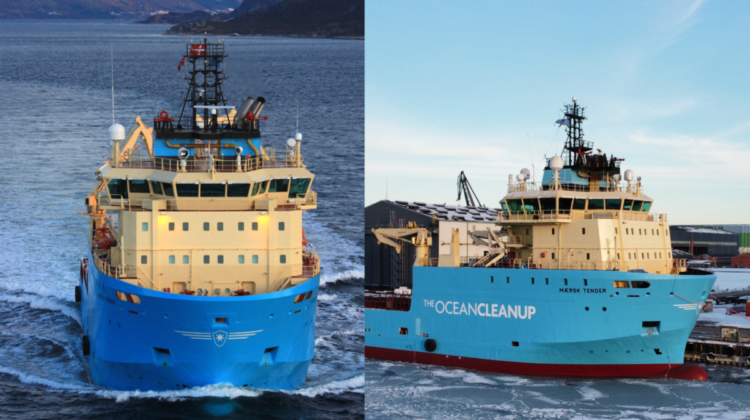 COPENHAGEN : Maersk Tender will be accompanied by a sister vessel in the Pacific Ocean this summer, strengthening The Ocean Cleanup’s pursuit to rid the oceans of plastic. The extra vessel, Maersk Trader, was made possible by A.P. Møller-Maersk increasing its donation to the non-profit organisation, confirming its commitment to Ocean Health.

Since 2018, Maersk Supply Service has project managed and delivered offshore work for The Ocean Cleanup, including the tow and testing of the ocean systems. The Ocean Cleanup are optimising their systems to be ready for the subsequent offshore testing in the Summer of 2021.

“Ocean Health is a priority for Maersk Supply Service. We are committed to reducing plastic waste in the oceans. Utilising two Maersk vessels and decades of experience is a great opportunity for us to further The Ocean Cleanup’s initiative and to help restore the oceans which we sail every day,” says Chief Strategy Officer Kristian Borum Jørgensen.

The extra vessel is contracted for one year and will initially work on a trial in the Great Pacific Garbage Patch in Summer 2021.

In addition to the vessels and marine support from Maersk Supply Service, A. P. Møller-Maersk also provides logistics support to The Ocean Cleanup. They ensure global end-to-end transport of the equipment such as the collected ocean plastic and its river systems – The Interceptor.

Maersk Supply Service is a leading provider of marine services and project solutions for offshore energy sectors. With a large fleet of anchor handling and subsea support vessels, the company specialises in towing, mooring, and installing floating units.

Maersk Supply Service is committed to decarbonising its fleet and focuses on energy efficiency and ocean health. The company is expanding into renewable industries such as floating wind and ocean cleaning.

Maersk Supply Service, as a subsidiary of A.P. Møller – Mærsk A/S, employs around 1100 offshore and 220 onshore staff. Headquartered in Lyngby, Denmark, the company has a global presence in Angola, Australia, Brazil, Canada, Equatorial Guinea, Ghana, Mexico, the Philippines, and the UK.