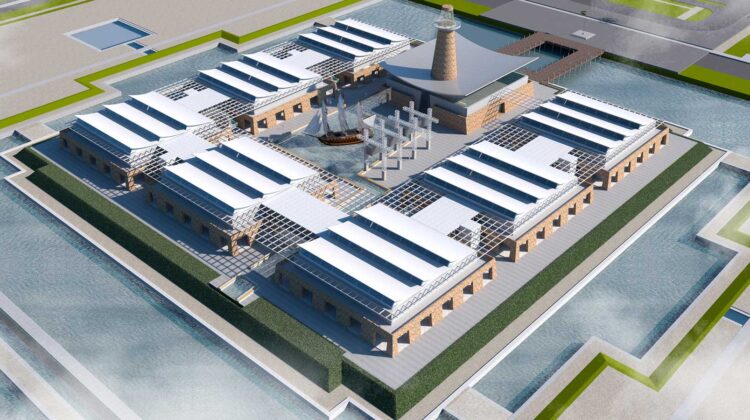 AHMEDABAD : Two of the country”s shipping bodies the Maritime Union of India (MUI) and Maritime Association of Shipowners, Shipmanagers and Agents (MASSA) have urged the ports and shipping ministry to dedicate an exclusive exhibition pavilion on merchant navy at the upcoming National Maritime Heritage Complex (NMHC) at Lothal, Gujarat.

The move would help in publicising the importance of the seafaring profession and bolstering the maritime sector”s growth in the country, the shipping bodies said.

The demand for an exclusive dedicated pavillion on merchant navy comes following Union Shipping Minister Shri Mansukh Mandaviya speaking at the International Seafarers Day on June 25 about increasing the participation and share of women seafarers.

Mr. Mahendra Bhasin, Chairman, MASSA, said, “The association is committed to this noble cause. Thus a dedicated pavilion on seafaring history of India, if constructed in NMHC, will certainly be a step in the right direction by the government for attracting the young population of India to bolster the maritime growth of our country.”

“I urge the government to also dedicate an exclusive exhibition section in the NMHC complex for showcasing the significance of Indian seafaring community as India is a prominent supplier of highly skilled manpower to the global shipping industry,” said Mr. Amar Singh Thakur, general secretary of India”s oldest union of merchant navy officers, MUI.

Such a dedicated section will also influence the young population of India to opt for a lucrative career in merchant navy, he added.

Recently, the ministry signed an initial pact with the Union Ministry of Culture for developing the complex on 400 acres of land at an estimated cost of about Rs 2,000 crore at UNESCO World Heritage Archeological Site of Lothal, situated 80 kilometers from Ahmedabad (Gujarat).

The proposed project, once completed, will be promoted as a world-class tourist destination by the central government to showcase maritime heritage of India from ancient to modern times.

The first phase of the NMHC project is expected to open to the public by 2023.