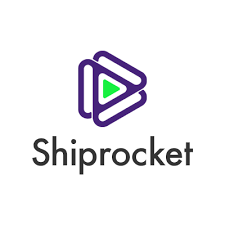 NEW DELHI : Logistics aggregator Shiprocket is in talks with Singapore’s sovereign wealth fund Temasek to lead a new round of funding that is expected to be $200 million in size, people aware of the matter said.

Other cross-border investors besides existing investors may join the funding round that is expected to value the Delhi-based company at over $800 million, they said.

The new round is still getting finalised.

“Temasek is finalising the round,” one of the sources said. “The company plans to use new capital for growth and also acquire smaller startups in the areas such as automation and others.”

Company founder Saahil Goel, however, said the funding information was “not accurate”.

“We haven’t finalised our round construct and haven’t signed any terms yet,” he said in an emailed statement. “The final set of investors, fundraise amount and valuation are all in the works right now. The fundraise is aimed at helping us grow our fulfilment business as well as grow inorganically via tech acquisitions.”

An email sent to Temasek did not elicit any response till press time .

Shiprocket essentially aggregates delivery demands from direct-to-consumer (D2C) brands, micro entrepreneurs and local brands, and sends them to logistics players such as Delhivery and Ecom Express. Besides shipping services, it also offers its technology stack to retailers to integrate their shopping websites on platforms like Shopify.

So far, Shiprocket has raised around $94 million.

In July, it had raised little over $41 million in what it called series D1 funding co-led by PayPal Ventures, the venture investment arm of PayPal, and its existing investor Bertelsmann India Investments. Goel had then told that, it would add more investors to this round.

The growing interest in Shiprocket comes at a time when the firm is seeing increased demand from small businesses and D2C brands that are increasingly going online as the pandemic has triggered a boom in online shopping across the country.

In July, it had around 60,000 active merchants on the platform and around 10,000 of them were D2C brands. Shiprocket is increasingly offering one-day and two-day deliveries to these brands so they could reach consumers faster.

Goel set up Bigfoot Retail in 2012 and pivoted to the latest model of Shiprocket in 2017. Gautam Kapoor and Vishesh Khurana are the other cofounders of the firm.

On the back of its funding in July, where payments firm Razorpay also invested, Shiprocket is now working on strategic initiatives with the Bengaluru-based payments firm, people aware of the matter said.

“They are working on an arrangement where Shiprocket will offer its services to Razorpay’s merchants while the former’s existing clients can tap into Razorpay’s products including lending,” one of them said.

This could increase shipment volumes of Shiprocket, given Razorpay has a merchant base of over five million, of which 1.5 million came in the last one year alone.

Goel said he was “exploring a tight commercial partnership” with Razorpay.

Shiprocket claims it has an annual revenue run rate of $80-90 million and 130,000-140,000 yearly active merchants on its platform. It has been focusing on the growing D2C brand space, which now sees about 2-3 million daily shipments.

The company has also been strengthening its leadership team.