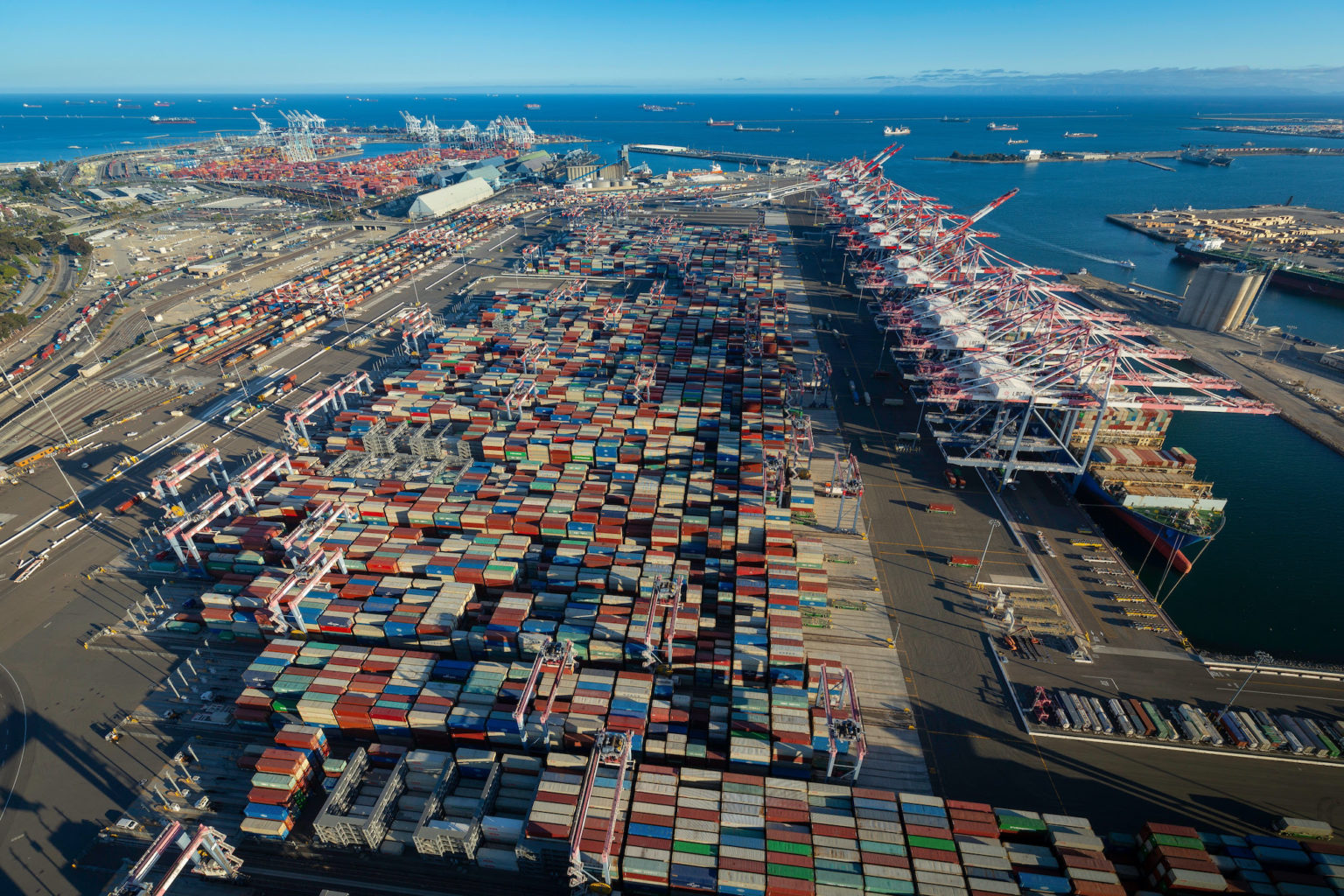 The logjam of container ships outside the California Ports of Los Angeles and Long Beach swelled to another record as stepped-up efforts to clear cargo off the docks failed to prevent the average wait for vessels from reaching nearly 17 days.

The queue, both at anchor and in a holding zone, rose to 83 ships , four more and topping the previous high of 81 set earlier in the week, according to officials who monitor marine traffic in San Pedro Bay. The average wait increased to 16.9 days, double the level from two months ago, according to L.A.’s Wabtec Port Optimizer.

Strained supply chains have become an economic drag on the world’s largest economy and a political risk for President Joe Biden as the disruptions put upward pressure on inflation while highlighting shortages of workers, including truck drivers and warehouse staff. Consumer sentiment is deteriorating amid a spike in the cost of living.

“Every sector of the supply chain has reached capacity,” Port of Long Beach Executive Director Mario Cordero said in a statement this week announcing that its terminals had their second-busiest October on record.

“We are trying to add capacity by searching for vacant land to store containers, expanding the hours of operation at terminals, and implementing a fee that will incentivize ocean carriers to pull their containers out of the port as soon as possible.”

The White House earlier this week touted incremental progress at L.A.-Long Beach— a 20% decline in the number of containers sitting for more than nine days days in the week to Nov. 8. The adjoining gateways for 40% of the nation’s containerized imports have handled 17% more volume this year, while their land-side storage capacity remained unchanged.

The bottlenecks at West Coast ports are tying up container capacity and underpinning already-soaring rates for transpacific ocean freight. That’s pinching margins for companies that import from Asia, like athletic goods giant Adidas AG, which said this week that its freight costs will be almost 200 million euros ($229 million) higher this year than initially planned.

Shipping a 40-foot container of goods from Shanghai to Los Angeles cost $9,947 this week, down from a record of $12,424 hit in September but still 145% higher than a year earlier, according to the latest Drewry World Container Index. Freightos, which measures container rates plus premiums and surcharges, shows a 40-foot box commanding $18,730, a nearly fivefold increase from a year ago.

The East Coast is seeing a surge in imports, too. More than 20 container carriers were counted in an anchorage area outside Georgia’s Port of Savannah.