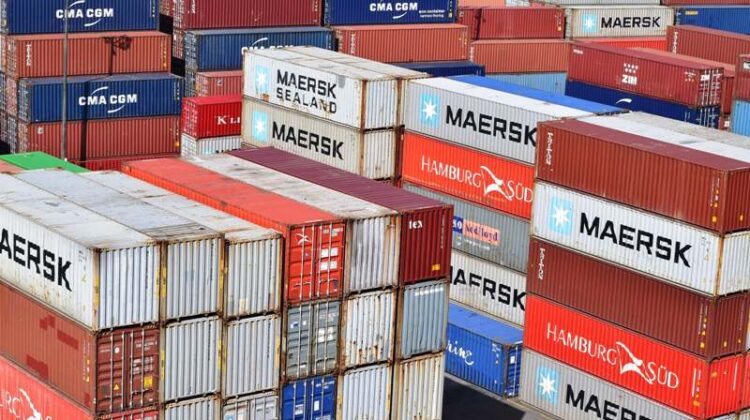 Exporters are facing a double whammy after sea freight rates saw some of the highest ever increases of up to 60 per cent and more in recent times (depending on the destination), along with a massive shortage of containers due to lower imports over the past few months, according to shippers. Shipping lines have allegedly hiked the rates substantially to bear the cost of repositioning empty containers to India because of the lower imports, the impact of which is being felt across a wide range of industries. Non-availability of containers for the export sector is posing a serious concern in meeting delivery commitments to foreign buyers, exporters emphasise. Air freight is also up by 30-40 per cent owing to reduced overseas flights due to the pandemic, it is learnt.

Shipping lines remain more inclined towards deploying higher capacity on the lucrative long-haul routes, it is being said.

Leading trade bodies point out that exports have been affected more by sea freight, in which there has been an up to 60 per cent increase in rates for the main European ports over the past few months. In fact, they stress that rates have gone up across the board in varying degrees on all key trade lanes during this period. This is an unprecedented hike, many assert. Raising the issue with the government, they have sought the setting up of a regulatory body for shipping companies operating from domestic ports.

Mr A. V. Vijaykumar, Chairman of FFFAI, told Exim India that the primary reason for the shortage of containers and the resultant space constraint is the significant dip in imports (especially from China) and the surge in exports that has been happening over the past few months, both to the tune of up to 25 per cent. So there is an imbalance. The situation has changed drastically from the early days of the lockdown when it was the exports that had dried up.

Previously, when imports were more and exports less, containers were easily available and shipping lines used to reposition empty containers from India to other countries. Now they have to reposition empties from the Middle East, Sri Lanka and beyond to India. This is resulting in additional cost for the lines and increase in freight rates for shippers when containers are made available to them.

It’s a matter of demand and supply, says Mr Vijaykumar, who feels it would be unwise to blame the shipping lines. He is also of the opinion that a freight rate regulator, as sought by some shippers from the government, is not the answer.

Shipping lines are giving advance intimation and repositioning the containers. Exports have not stopped, he points out.

Implementation of the ‘Carotar Rules’ and the recently-introduced Faceless Assessment, which some say are causing delays in assessment of Bills of Entry, are also not responsible for the container shortage, Mr Vijaykumar adds. Any new system will have some teething problems. Faceless Assessment is settling down, he says.

According to him, the current situation will take a turn for the better once the domestic market improves and imports increase.

India can sustain 9% GDP growth for many years: Sanjeev Sanyal