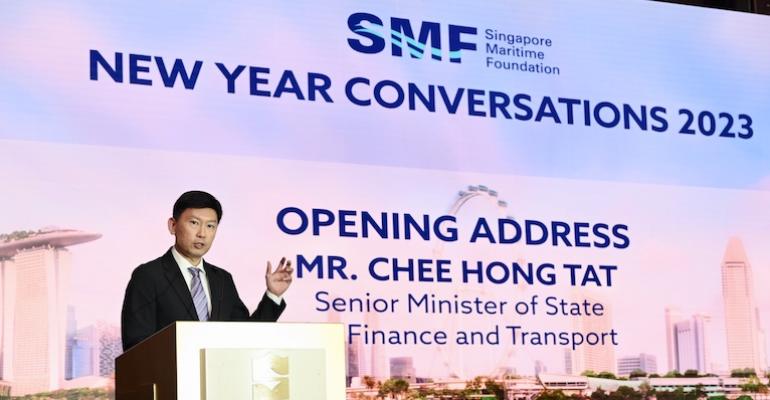 “Importantly, we retained our position as the world’s largest transhipment port. And during the pandemic, we enhanced Singapore’s connectivity and strengthened our position as a catch-up port for shipping lines, contributing to the resilience of global supply chains,” Minister Chee said.

Singapore also retained its position as the world’s largest bunkering port in 2022 despite reporting a 4.3% dip in volumes sold compared to 2021 to reach 47.9m tonnes last year. The volume of bunkers sold last year was also lower than 2020 when 49.8m tonnes of bunkers were delivered in the port. The overall fall in bunker sales for 2022 came despite a sharp upturn in the second half of the year.

On the alternative fuels front Singapore saw 15 LNG bunkering operations conducted in its port last year. Progress was seen in the supply of biofuels with more than 90 bunker operations delivering over 140,000 tonnes of biofuel blends to vessels.