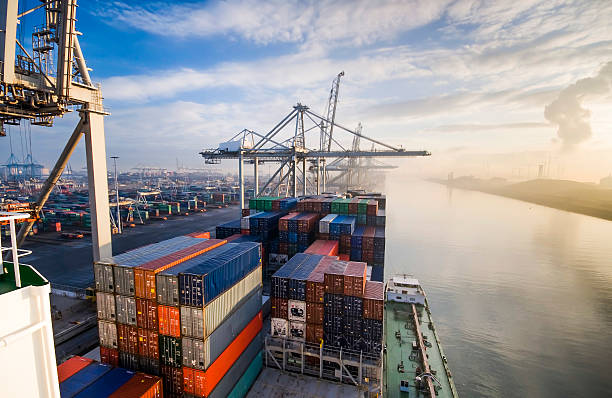 Ragam Kishore, President, Indian Private Ports and Terminals Association (IPPTA) in a letter to Ministry of Ports, Shipping and Waterways said the policy intervention by MoPSW for survival of single cargo handling terminals is essential to maximize the capacity utilisation of port assets with increase in efficiencies which will also prevent the public assets from being converted to a non-performing PPP assets.https://googleads.g.doubleclick.net/pagead/ads?

“In the light of position, explained above, we request you to examine the issue and draw up revival plans of such Terminals in the overall interests of the country”, the letter said.

“It is to be noted that various policy reforms of Coal, Power and Environment & Forest Ministries etc, in promoting domestic coal availability and utilisation, are directly impacting reduced import coal volumes and there by survival of import coal handling terminals is a great concern. So, if policy reforms in port sector do not happen to match the pace of policy reforms in other sectors they will generate Non-performing assets/ and lead to a spate of disputes”, the letter said.

The situation of decline in import coal volumes will further worsen in near future and the same was acknowledged in Maritime India Vision 2030, which mentioned clearly the outline of reduction in import coal due to government focused initiatives on auction of coal mines and increase in renewable energy/alternative fuels etc.

“As a part of the ‘Atmanirbhar Bharat’ initiative, Government is formulating various policy reforms towards promotion of increased availability/use of domestic coal supplies to curb the import coal to minimize foreign exchange outflows which will also improve the GDP of the country. Though it is a welcome move in the interest of the Nation, the import coal-based terminals are severely affected due to low coal imports and complete uncertainty about future volumes. Business survival is at stake also impacting severely on Concessioning Authority’s revenue share from concessionaire”, the letter said.

The industry said there are major problems being faced by single commodity handling terminals in India requiring urgent policy interventions. Some of the PPP concessions at the major ports allow the Operators to handle only one commodity such as coal, iron ore etc. The structure of PPP at major ports is such that the traffic risk for the project is being borne by the concessionaire, whereas Concessioning Authority is securing their revenue through minimum guaranteed cargo mechanism.