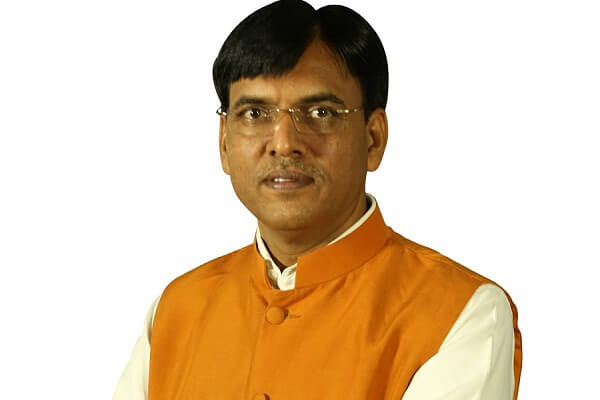 The Sittwe deep-water port off the west coast of Myanmar, which was a part of the $484 million Kaladan multimodal project constructed by India, is now ready for operation, Union shipping minister Mansukh Mandaviya said. The project aims to reduce the cost and time for transporting goods, including essentials, to landlocked Mizoram. Goods will be transported from Kolkata to Sittwe by sea and then up the Kaladan river to Paletwa in the Chin State in Myanmar, and then via road to Mizoram. In an interview, Mandaviya said once the Kochi port off the west coast and Tuticorin port in the east is complete, it will reduce India’s dependence on foreign ports such as Colombo for transshipment of cargo.

Which company has been chosen to operate the port?

You will get to know very soon. It will be made responsible for running the port, and all aspects of it. Our job was to create the port infrastructure which has been done.

The shipping ministry had plans to develop deep-water ports off the east coast of India to cut reliance on foreign ports for India-bound cargo. There were also plans to make India a hub for transshipment. Has there been any progress?

We have identified Tuticorin and Kochi ports as transshipment hubs. In Kochi, even today, we have some transhipment activity taking place. In Tuticorin, despite covid-19, a lot of transshipment activities happened. In the coming days, the drafts (distance between the keel to the waterline of a ship) will be increased to accommodate ships with 16 metre drafts in Kochi. The existing draft is 14 metres. It has to be increased by two metres. In Tuticorin also, it is 14 metres and has to be increased to 16 metres. We will make it comparable to the Colombo port so that large sized vessels can come to India. Work is on under the “Atmanirbhar Bharat” programme to reduce dependence on other countries. Our aim is that Indian cargo should be transhipped from Indian ports and it should happen on a large scale. We are close to the east-west waterways corridor (in the Indian Ocean). Kochi is very close to this. We need to utilize this as much as possible. Infrastructure is now being put in place to meet the demands of transshipment. A port terminal has been developed, a bridge had to be constructed, that is done, railway lines have also been laid. The aim is to rely less and less on ports of other countries (like Singapore and Colombo).

Last week, the shipping ministry organized the Maritime India Summit. What were the key takeaways from it?

Essentially, we had two aims while organizing the Maritime India Summit 2021. One was to lay out the India Maritime Vision 2030 before the world. So now, the world knows what India plans to do in the maritime sector—our roadmap. Second, there is a great deal of global interest in India’s rising maritime sector. A proof of this is 427 MoUs (memorandum of understanding) were signed, and over ₹3 trillion investment commitments made. Many international companies said they will only engage Indian seafarers. This means a big job opportunity for our people. There were extensive discussions on island development and many companies showed interest in this. Other areas of interest for foreign participants were ship building, ship recycling, ship repairs, port development, port-led industrialisation and other kind of port development work, inland water ways and inland waterways infrastructure development. The speed of development of India’s maritime sector will, I am sure, increase because of the interest shown by foreign and Indian participants. Our aim is that by 2030 India’s maritime sector performance matches that of the global level. And we have prepared a roadmap for this and that has been welcomed by the world.