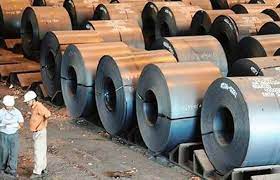 China’s withdrawal of export rebates of 13 per cent on 146 steel products and scrapping import duty cut on crude steel, pig iron and scrap augurs well for Indian steel companies. The withdrawal of incentives by India’s eastern neighbour would push up steel prices globally and provide enough room for Indian steel companies to raise prices even as the fall in demand remains a concern.

The Indian steel companies will have to depend on export market. China’s steel exports have been on an upward trend in the current year and grew 24 per cent in March quarter, partly due to lower base and rise in demand from other countries.

The expectations of a cut in export rebates by China to rein in steel production, a move aligned to meet its long-term carbon neutrality targets also pushed up exports, said ICRA.

As per the World Steel Association, China’s steel consumption is expected to grow by 3 per cent this year. It recorded a demand growth of 15 per cent in March quarter.

Jayanta Roy, Senior Vice-President, ICRA, said the Chinese Government intends to keep steel capacities under check with stricter production curbs and it may not have excess steel volumes to divert to export markets. As a result, international steel prices are expected to remain buoyant in the near term, which in turn would support India’s steel prices, he said.

Hot rolled coil(HRC) export price from China has touched $915 a tonne without export rebate of 13 per cent while it’s domestic price was close to $900 a tonne as of April-end.

As on May 1, India’s HRC export price was higher at $950 a tonne compared to China. Domestic realisation of steel companies was lower at $900 a tonne.