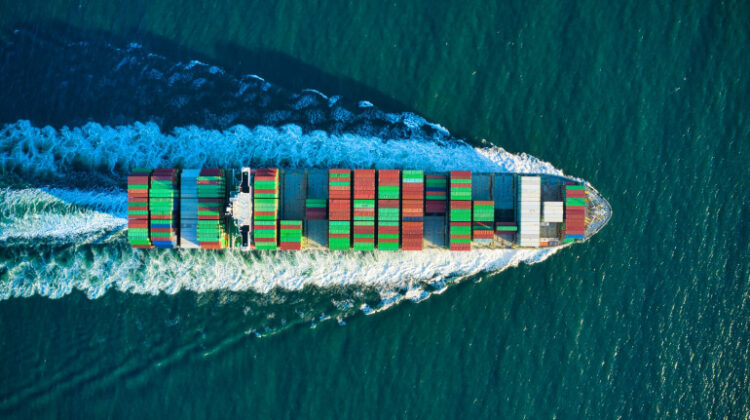 Indian shippers struggling to secure vessel space amid resurgent export demand and lingering transshipment woes now have a window to relieve some of the supply chain pressure with carriers deploying extra-loader capacity and upgrading existing service networks on key trade lanes out of the country.

Much of the carrier concentration presently seems to be around westbound India-Europe trade where vessels are heavily overbooked and freight rates have reached record highs. Taking a lead, Hapag-Lloyd has positioned an extra-loader, or an ad-hoc vessel for loading, from India West Coast to the Middle East and Europe.

The full westbound rotation is Jawaharlal Nehru Port Trust (JNPT), Mundra, Jeddah, Tangiers, Rotterdam, Hamburg, London Gateway, Antwerp, Tangiers, Jeddah, Jebel Ali, Karachi, JNPT, and Mundra. The Al Safat, reportedly a 7,000 TEU vessel, will kick off the temporary voyage from PSA Mumbai at JNPT on Jan. 25. According to JNPT sources, some 4,000 TEU of exports and 2,000 TEU of imports have been planned on Hapag-Lloyd’s extra-loader.

“The spike in demand coupled with limited vessel capacity has caused considerable disruption in the Indian market with customers needing dependable services,” the carrier said in a customer advisory. “Hapag-Lloyd has invested in additional services to ease the build-up of containers in India and also to improve the challenging situation at the port of Colombo, which is heavily congested.”

The extra-loader supplements a weekly India-Europe offering the carrier has under its “Indian Ocean Service (IOS)” out of PSA Mumbai.

In addition, Hapag-Lloyd from the end of January will open a fortnightly short-sea route from Chittagong, Bangladesh, to Krishnapatnam, a private harbor on India’s east coast, to feed cross-border shipments onto the South India–Europe Express (IEX) Service that it operates jointly with Ocean Network Express (ONE). Colombo congestion has been a painful thorn for Bangladeshi shippers looking to capitalize on increasing global sourcing demand. From a broader industry perspective, this country-to-country coastal movement could become a two-way street opportunity — an alternative mainline gateway for Bangladesh containerized trade and a push for transshipment activity at Indian ports as they are primed to counter Colombo’s dominance in the region.

“The huge demand we are currently seeing is pretty unprecedented and we do our utmost to support our customers with extra capacity,” Lars Sorensen, managing director of Hapag-Lloyd (India), said in a statement.

Effective this month, CMA CGM has introduced an upgraded India-Europe string (EPIC), complementing its EPIC2, with improved port coverage, vessel deployment, and transit times. Wednesday’s call of the APL New York at PSA Mumbai marked this revamp, which complements its EPIC2 there.

The ongoing space crunch combined with equipment shortages has sent average spot pricing from JNPT/Mundra to Felixstowe or Rotterdam up to a new level at $1,850 per TEU and $2,900 per FEU. With further general rate increase (GRI) announcements, average rates on the route are expected to hit $2,100 and $3,400, respectively, in early February.

While an extra-loader move is significant, it remains to be seen whether that would be enough to balance out the needs of exporters when cargo rolling has become a critical issue on high-demand routes.

Dismissals and Ambushes: Proceedings at the Federal Maritime Commission