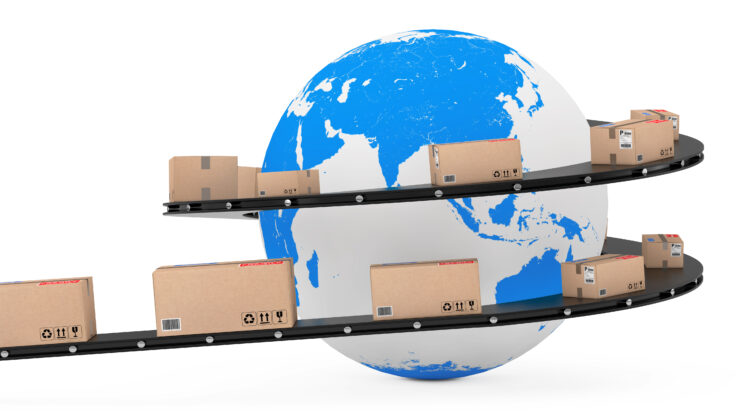 NEW YORK: The Organization for Economic Cooperation and Development recently released a blueprint for an internationally-coordinated minimum tax for multinational enterprises, and aims to reach a global agreement on this in 2021.

It is not certain that any agreement would cover global shipping. If it does, however, the plan would affect longstanding preferential tax treatment that has become one of the financial foundations of maritime business and reach across the international freight sector.

The proposal for a minimum tax is an attempt to address the issue of tax avoidance.

The practice, in which multinational companies take advantage of tax havens to lower their taxes while their business operates in another country, is known in bureaucratic terms as base erosion and profit shifting. The OECD estimates the practice costs countries between $100 billion and $240 billion in lost revenue, or the equivalent of 4% to 10% of the corporate tax revenue globally.

The OECD plan aims to take away the tax incentives by making it possible for tax authorities in the places where the multinational is headquartered to impose a tax to make up for the avoidance through a tax haven. This would in essence create a global minimum tax.

The current proposal leaves it open if the global minimum tax also applies to the shipping sector.

Subjecting shipping to a global minimum tax would reverse decades of tax avoidance by the sector. Governments have supported the practice by allowing their shipowners to register their vessels in tax havens. They then sought to recoup lost revenue through measures such as taxes on cargo volumes carried on ships, called a tonnage tax, that are generally very favorable to shipping companies.

That is well below the average corporate income-tax rate for other parts of the freight transport sector. The average rates for freight forwarders, for instance, is 27%.

A minimum tax rate of 12.5% of earnings would bring in an additional $2.5 billion a year of tax revenues from the shipping sector alone. Most of these additional tax revenues would likely flow to states in Europe and Asia.

Part of this would translate into lower profits for shipping companies, and part would be transferred to customers and result in higher maritime supply-chain costs. As shipping costs represent a very small part of the import value of most goods, however, the effects on the broader commercial sector that uses maritime trade would likely be marginal. But the effects on freight transport as a whole could be significant.

Various shipping companies are active in other parts of the freight transport chain: they operate port terminals, own trucking companies and act as freight forwarders. Regulation in various countries has stimulated this vertical integration.

A 2019 International Transport Forum report on maritime subsidies noted the European Commission approved several tonnage tax schemes in member countries that allowed shipping companies to bring the revenues of their terminal, forwarding and even trucking operations partly under the tonnage tax.

In other words, the non-shipping activities from these firms could benefit from the very favorable tonnage tax scheme.

Applying a global minimum tax rate to the shipping industry would help resolve this competitive distortion and could stop the trend toward vertical integration in maritime logistics.

It would also change the institutional landscape for shipping.

Currently, most ships are registered through international registries, also called flags of convenience. The convenience here is for shipowners, as they guarantee no corporate taxes and limited requirements related to labor or transparency.

But this structure is problematic for the enforcement of global shipping regulations as it depends to a large extent on the oversight of a small number of states that are favored registration locations. The largest flag states are Panama, Marshall Islands and Liberia. These flag states carry large leverage within the International Maritime Organization, the arm of the United Nations that is shipping’s global regulator, as they pay the lion’s share of its contributions.

Applying a global minimum tax to the shipping sector would likely reduce the importance of these flags of convenience. This could also rebalance power within the IMO, with the leverage on decision-making and implementation likely to shift to trading and ship-owning nations with stronger capacity to enforce regulations.