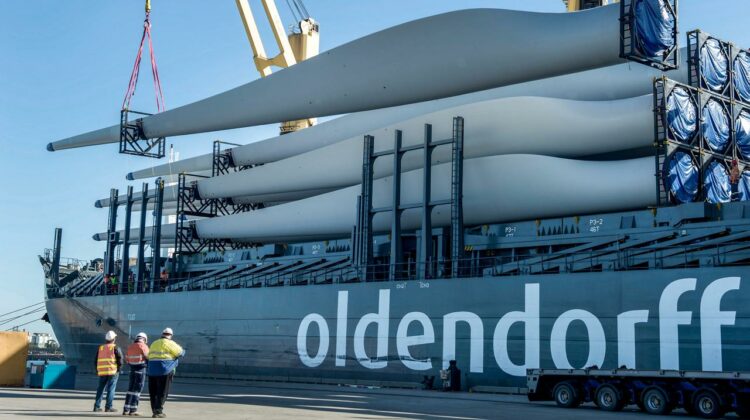 NEWCASTLE : It has a one-direction channel of variable depth with a tidal range of more than 7m, but despite its constraints throughput at the Port of Port Hedland has almost quadrupled in just over a decade.

As port authorities watched the boom in iron ore develop a generation ago, they implemented a then-world-leading hi-tech navigation system incorporating six planes of motion including waves, the Earth’s curve and tidal data. The aim was to allow and optimise the potential for large ship cargo through the channel.

Last financial year, the Port of Port Hedland recorded its highest-ever volume at more than 700 million tonnes and one of the contributing factors was OMC International’s Dynamic Under Keel Clearance (DUKC) system solution, devised in 1995.

“The system simulates vessel transits over each tide cycle to analyse the benefits of various channel profiles,” Johnston says.

“As a result of the Dynamic Under Keel Clearance system, the declared depth availability at the Port of Port Hedland was increased by 71cm in 2017.

“The addition of 10cm equates to 1200 tonnes of extra cargo which can be safely loaded onto each vessel.”

International freight and shipping has been revolutionised by technological advancements – from the global adoption of containers about 50 years ago to the digitally tracked end-to-end oversight of their contents today.

Ports, stevedores and those along the freight supply chain continue to develop a range of technologies to speed up and optimise their processes.

“The industry is very good at innovating,” Mr. Bourke says.

“Industry gets smarter in terms of having less trips where they travel empty. You’re absorbing more cargo or more containers on more but not the same proportion of truck movements.

“There is innovation around how you move freight, and the changes that happen year on year can be accommodated around that.”

At Port Hedland, efficiency measures also mean the extension of the shipping window to enable more vessels to sail on high tide and an increase in the amount of product they carry.

The traditional method had used static data, but the OMC method was the first to incorporate the multi-input, real-time approach. That means pilots can determine how much under-keel clearance is required for their movement at a specific day, for that ship and its load.

For productivity, it means ships can sail with more load at deeper levels than they could under previous systems. Efficiencies and developments are required increasingly as vessels get larger.

“Everyone has been maximising,” Gallacher says.

“All our ports are investing very heavily,” he adds, referring to rail, quay-side infrastructure and other enabling infrastructure.

He point out to the Victoria International Container Terminal’s fully automated port at the Port of Melbourne’s Webb Dock, where containers are loaded using remotely operated ship-to-shore cranes, before the automatic container carriers take over. Automatic stacking cranes then load the trucks.

“It is amazing to watch,” he says. “You cannot even hear the containers going onto the trucks, it is so quiet.”

At the Port of Brisbane, all stevedores have used automated container-handling equipment since 2014. Interim Chief Executive Mr. Neil Stephens says the port continues to work with their customers to understand their needs and growth ambitions as they respond to an ever-evolving ports and logistics industry.

“We are also focused on ensuring future port planning considers relevant trends such as larger heavy vehicles as well as emerging technologies including electric and autonomous vehicles,” Stephens says.

It creates a week-long forecast of a vessel’s under-keel clearance using forecast and real time environmental data, providing accuracy at the same level as a full mission bridge ship simulator.

The use of the software has allowed 224 vessels of more than 300m to access the port this year.

There is also a growing use of automation across the ports and supply chain, from online truck-management booking systems to magnet-guided automatic container carriers that only need refuelling every 60 hours.

Operations at the West Australian Port of Ashburton, for example, are conducted remotely – from 300km away.

As with all industries, digital transformation on the horizon will change the sector yet again.

Global industry-focused software company IFS says digital transformation – such as the internet of things, enterprise asset management software and blockchain – is transforming port operations and planning around the world.

Digital twin technology to digitally replicate assets or entire supply chains can be created in software to simulate the optimal staffing or inputs for operations.

“It could be the number of people on the joysticks at VICT or enough stevedores on the ground to be able to move it.

“While over time some jobs will disappear, new jobs will be created. The skills will transfer across to technical jobs in the ports.”

In August, North Queensland Bulk Ports signed a memorandum of understanding with Japan’s ITOCHU Corporation, Dalrymple Bay Infrastructure Limited and Brookfield Asset Management for a green hydrogen feasibility study and to create a new supply chain to support the nascent technology at the Port of Hay Point.

The study is expected to start this year, ahead of potential commercial stages for the sought-after renewable energy generation source.

NQBP chief executive Nicolas Fertin says it could deliver a “generational change” to create the new trade of hydrogen to support energy in Asia, notably Japan.

The ports authority has also signed up Gilmour Space Technologies and the Queensland government for potential rocket launch activities at Abbot Point.

The Port of Newcastle, which first transported coal more than two centuries ago, will be 100 per cent powered by renewable energy by 2022.

By this year, 70 per cent of the port’s vehicle fleet was electric.

“Port of Newcastle’s positioning as a critical gateway for renewable energy technology was bolstered in 2020 with the continued shipments of wind turbines through the Port,” chief executive Craig Carmody says.

“The Port is also exploring other green energy options as part of its planning to diversify for the future.”