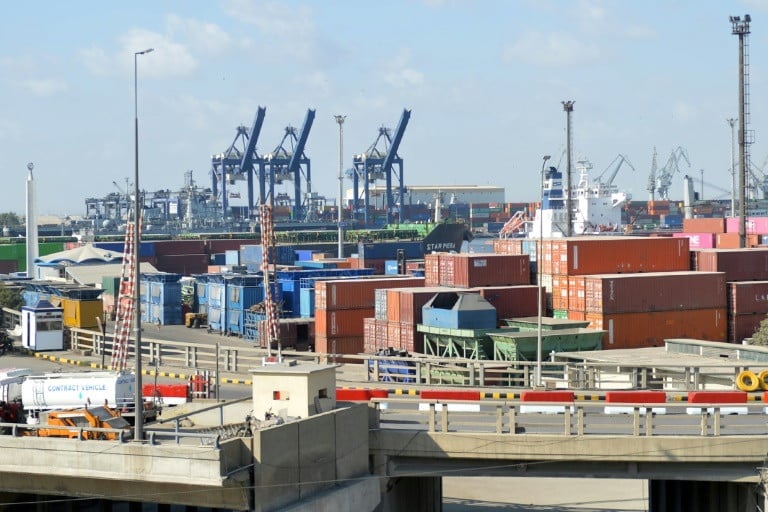 KARACHI : Thousands of containers packed with essential food items, raw materials and medical equipment have been held up at Karachi Port as the country grapples with a desperate foreign exchange crisis.

A shortage of crucial dollars has left banks refusing to issue new letters of credit for importers, hitting an economy already squeezed by soaring inflation and lacklustre growth.

“I have been in the business for the past 40 years and I have not witnessed a worse time,” said Abdul Majeed, an official with the All Pakistan Customs Agents Association.

He was speaking from an office near Karachi Port, where shipping containers are stuck waiting for payment guarantees — packed with lentils, pharmaceuticals, diagnostic equipment and chemicals for manufacturing industries.

“We’ve got thousands of containers stranded at the port because of the shortage of dollars,” said Maqbool Ahmed Malik, chairman of the customs association, adding that operations were down at least 50 per cent.

State bank forex reserves this week dwindled to less than $6 billion — the lowest in nearly nine years — with obligations of more than $8 billion due in the first quarter alone.

The reserves are enough to pay for around a month of imports, according to analysts.

The economy has crumbled alongside a simmering political crisis, with the rupee plummeting and inflation at decades-high levels, while devastating floods and a major shortage of energy have piled on further pressure.

The nation’s enormous national debt –- currently $274 billion, or nearly 90 per cent of gross domestic product — and the endless effort to service it makes Pakistan particularly vulnerable to economic shocks.

Islamabad has been pinning its hopes on an IMF deal brokered under the former prime minister Imran Khan, but the latest payment has been pending since September.

The global lender is demanding the withdrawal of remaining subsidies on petroleum products and electricity aimed at helping the population of 220 million with the cost of living.

Prime Minister Shehbaz Sharif this week urged the IMF to give Pakistan some breathing space as it tackles the “nightmarish” situation.

Zubair Gul, a 40-year-old father of four and daily wage labourer in Karachi, said it has become “hugely difficult” to live on his earnings.

“I have to queue up for two or three hours to purchase subsidised flour — the regular prices are not affordable,” he told AFP.

For Shah Meer, an office worker, borrowing from relatives or using credit cards are the only ways to get by.

“A common man cannot afford to buy milk, sugar, pulses or any necessity you name,” he said.

With an election due at the end of the year, implementing — or campaigning on — the tough conditions demanded by the IMF would be political suicide, but Pakistan is unlikely to secure fresh credit without making at least some cutbacks.

On Thursday, the United Arab Emirates agreed to roll over $2 billion owed by Pakistan and provide the country with an extra loan of $1 billion, helping it to avoid immediate default.

Islamabad won some relief last week when donors pledged over $9 billion to help with recovery efforts after devastating monsoon floods left almost a third of the country under water last year.

But that cash, even when it does arrive, will not help the current forex crisis, so Sharif continues to press allies — including Saudi Arabia, Qatar and Beijing — which has invested billions as part of the China-Pakistan Economic Corridor project.

The forex crisis has deepened the woes of textile manufacturers, which are responsible for around 60 per cent of the country’s exports.

They have suffered as a result of the energy shortages, damage to cotton crops during the floods, and a recent hike in taxes.

The troubles together have led to around 30 per cent of power looms in Faisalabad, the centre of the textiles industry, temporarily shutting down, with the remaining ones working on alternate days, said Baba Latif Ansari, head of the Labour Qaumi Movement union.

“More than 150,000 workers who had come from surrounding villages to work here have had to go back because of a lack of work in the past few weeks. Others are just sitting at home hoping the situation improves,” he told AFP.

Some factories have complained of a backlog of imported raw materials such as dyes, buttons, zippers and spare parts for machinery held up at the Karachi port.

Abdul Rauf, an importer of grain and pulses, said he has just 25 days of stock left and without the release of dollars, there will be an “immense shortage” during the holy month of Ramazan, which begins in March.

“I’ve never witnessed a situation where people are so worried,” he told.