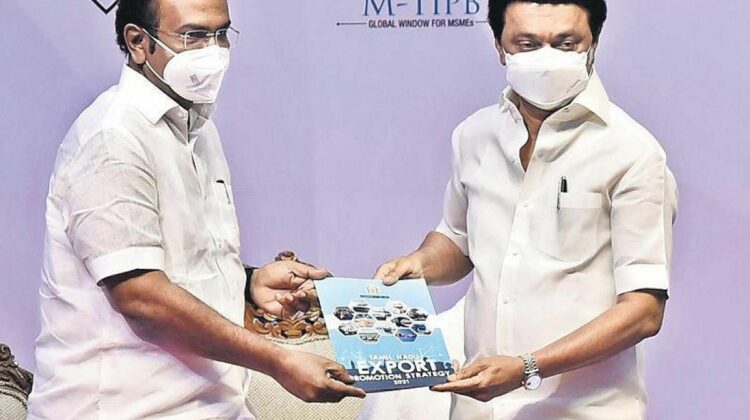 CHENNAI: After unveiling its exports promotion strategy to make the state a $1 trillion economy by quadrupling its exports, the State government reconstituted 10-member State Export Promotion Committee under the chairmanship of Chief Secretary by including representation from export associations and councils from various champion sectors identified in the  export strategy.

A Government Order (G.O.) issued late in the evening by Industries Secretary N Muruganandam said the decision has  been taken after a proposal to reconstitute the committee was sent by Managing Director and Chief Executive Officer of Guidance Tamil Nadu, Pooja Kulkarni.

According to the G.O., the State export promotion committee will meet at least once in every six months to review the progress in implementation of the export strategy. Senior officers from the Union government shall also be invited to attend the meeting.