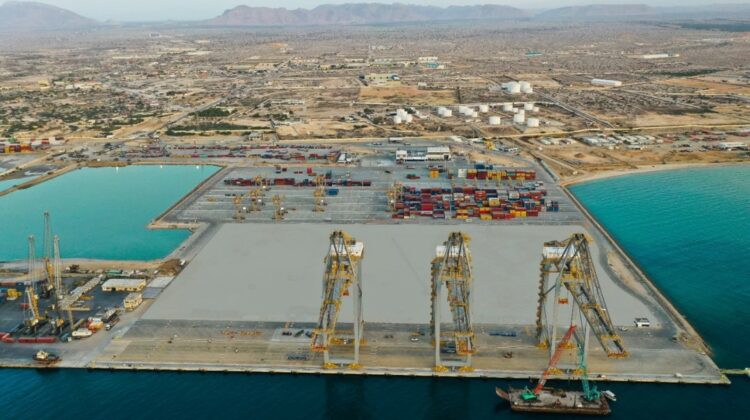 DUBAI : Last month, I joined Muse Bihi Abdi, President of Somaliland, Ahmed Shide, Minister of Finance of Ethiopia, Dagmawit Moges, Minister of Transport of Ethiopia, and Mustafa Mohammed Omar, President of the Somali Regional State in Ethiopia, to officially inaugurate the new container terminal at Berbera Port, following completion of the first phase of its expansion.

The inauguration is a milestone in DP World’s partnership with the government of Somaliland. Together, we are realising our shared vision, long-term confidence, and intention to transform Berbera into a major maritime, industrial, and logistics hub in the Horn of Africa, especially for Ethiopian transit cargo.

Unlocking prosperity in the Horn of Africa

The Horn of Africa, home to the port city of Berbera, and with a population of more than 140 million people, is dynamic and ever-evolving. Despite the economic shocks of the pandemic, the region has showcased remarkable resilience, managing to grow by 0.88% in 2020. A testament to its growing consumer markets, natural commodities, and strategic location with excellent access to some of the world’s major trade sea lanes and land routes, from the Suez Canal to the Strait of Malacca.

However, the sharp decline in remittance levels and significantly reduced livestock exports to the GCC resulting from the pandemic are crucial issues the government will need to grapple with in the years to come to ensure a robust recovery.

A boost to trade competitiveness is a central focus of Berbera and the region as a whole. We stand ready to support its economic recovery through our activities at Berbera port and Berbera Economic Zone (BEZ) and I am confident that our continued investments will enable the region to capitalise on its post-Covid growth and growing FDI flows from markets such as South Korea.

Infrastructure is critical to economic recovery.

The first phase of Berbera port’s expansion began in October 2018, when President Abdi and I broke ground to start construction. Just two and half years on, we have a modern, world-class infrastructure asset that helps improve operational efficiency and productivity to meet growing demand. The new terminal, with a deep draft quay of 400 metres and three gantry cranes, is capable of handling the largest container vessels in operation today and increases the port’s capacity from the current 150,000 TEUs to 500,000 TEUs a year.

We are building a Berbera fit to handle the demands of today’s trade economy, whilst helping expedite its progress towards a self-reliant society. For example, edible oil was previously brought in pre-packaged containers, but now DP World is building a state-of-the-art facility that can store goods in bulk, and allow companies to package them locally.

But our work to develop Berbera into a major port in the Horn of Africa and for Eastern Africa does not stop there. Work is already underway to further expand the port in a second phase. This phase, a crucial part of our commitment to invest up to $442 million at Berbera port, will include an extension of the new container terminal’s quay by more than twice its current length, to a total of 1,000 metres. We will also be installing additional quay cranes to increase the port’s handling capacity to up to 2 million TEUs a year.

Moreover, to maximise the economic potential of Berbera’s strategic location and the benefits that will follow from the port’s ability to handle increased levels of trade, we are also rapidly developing the Berbera Economic Zone (BEZ).

Modelled on Jebel Ali Free Zone (Jafza), our flagship Free Zone in Dubai, BEZ will provide local and foreign investors with a conducive and competitive environment for investment and trade through readily available infrastructure including prebuilt warehousing facilities, serviced land plots, and office and business centre spaces. The BEZ, combined with the increased power of the Berbera port development, will also support Somaliland’s fast-growing neighbour, Ethiopia, as it seeks to bolster the export competitiveness of its manufacturers.

Ethiopia is one of the fastest growing economies in Africa and its policymakers and business leaders continue to be well poised to maximise results from improved national productivity as it aims to reach lower-middle-income status by 2025. I have no doubt that the new container terminal at Berbera Port and the BEZ can play an instrumental role in helping achieve this goal and the government’s 10-year perspective plan by offering Ethiopia opportunities for trade, infrastructure investment, and employment.

I am grateful to our customers, partners, suppliers, and the local community in Berbera, for their continued support, as well as our teams at DP World Berbera and in Dubai, for their hard work to successfully deliver this project. It is trade infrastructure that has ensured the region’s resilience, and it will be improved trade infrastructure that will fuel its recovery and growth.