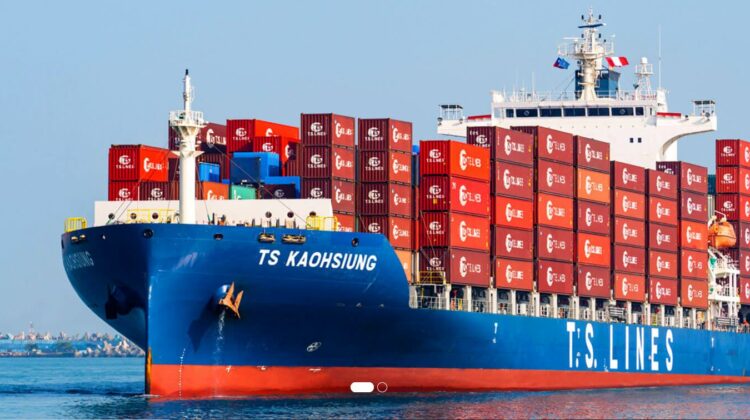 The Taiwanese intra-Asia carrier TS Lines has added five more ship orders at the Chinese shipyards and said it would reintroduce Pacific services and announced it had commissioned four ships of 2,900 teu each at Fujian Maweiand one of 2,700 teu at Huangpu Wenchong. The price was not disclosed, but it is estimated to be around $70m per vessel.

Delivery from Huangpu Wenchong is expected in May 2023, while the ships ordered from Fujian Mawei are scheduled to hit the water from June 2023. These orders are estimated to take TS Lines’ orderbook to around $1bn.

It commissioned six 1,100 teu ships at Fujian Mawei on 5 August, and the latest order coincides with the  delivery of TS Hochiminh from Huangpu Wenchong.

TS Lines said it would reintroduce an Asia-North America service with the launch of the China Pacific North West1 on 30 September. A 1,800 teu ship will be deployed and call at Nansha, Shekou, Shanghai, Qingdao, Vancouver and Nansha.

The 2001-founded TS Lines first entered the Asia-North America trades in 2010 when it and Hainan PO Shipping launched two services from China, Hong Kong and Busan to Long Beach and Oakland. Around two years later, the container shipping market weakened through overcapacity and a decline in demand and these services ceased. Hainan PO, which was owned by the Hainan provincial government, went bankrupt in November 2013.

TS Lines chairman Chen Te-sheng  has announced plans to own more ships to reduce charter costs. The company, the 21st-largest liner operator, currently operates 47 vessels, of which 25 are owned.

Four 7,000 teu ships from Shanghai Waigaoqiao Shipbuilding to be delivered in 2024 will be assigned to Persian Gulf- and India-bound routes, while five 1,900 teu vessels are on order from CSSC Huangpu Wenchong. When all its newbuildings are delivered, TS Lines’ owned fleet would reach 46 in 2024.